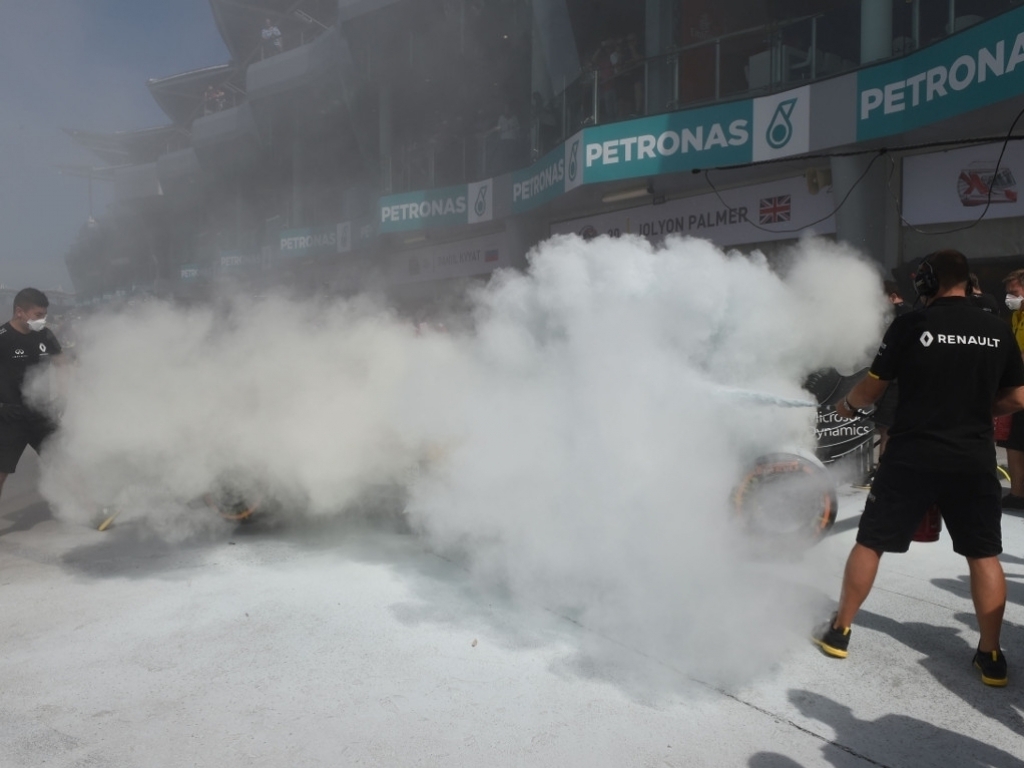 After his car caught on fire during the first free practice session, Renault driver Kevin Magnussen was concerned that had the Halo device been attached he wouldn’t have had enough to time to get out the car.

Ahead of Sunday's Malaysian Grand Prix, the Dane's run during FP1 was cut short after an issue with a fuel breather caused a fire to ignite on his already hot RS16.

When quizzed about whether the Halo would have been a hazard in that case, he answered: "Possibly. I've never run the Halo so I'm not the best person to ask, but maybe you can ask some of the guys who have run it – and see if we can still get out as quick.

"In my opinion, five seconds is too long if the car is on fire. And you don't want to take five seconds. It is an interesting question."

Despite looking quite dramatic, Magnussen stated that everything was calm from the cockpit.

"It was no drama," he explained.

"Everything worked well on the car on the in-lap. I just saw the smoke and hopped out."