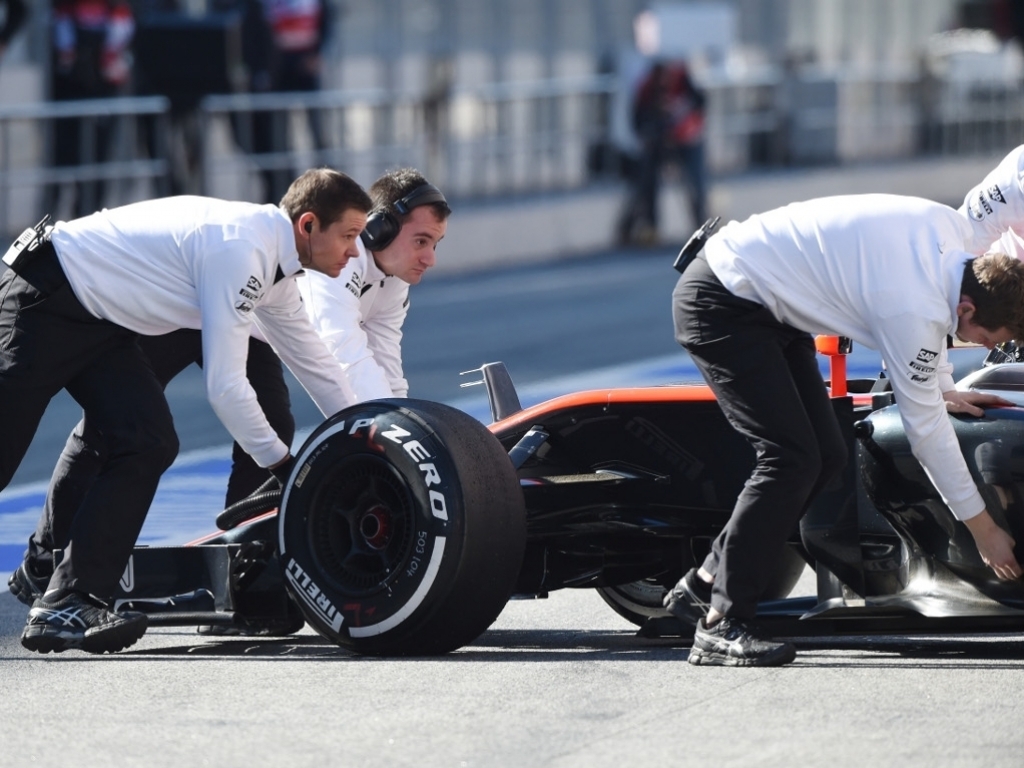 Kevin Magnussen concedes that McLaren still have some way to go, but feels the team have a very solid base to work from.

After a disastrous 2014 campaign, the Woking-based squad are looking to improve this year following their switch from Mercedes power units to Honda engines.

However, they have had a troubled testing campaign so far and have regularly been forced to end their test days early due to reliability problems.

Reserve driver Magnussen, who got his first taste of action this year as he replaced Fernando Alonso in the MP4-30 in Barcelona on Saturday, is impressed with the new car.

"[It is] very consistent, very predictable, very smooth and just driveable, whereas last year's car probably had more downforce but was much more sharp and on the limit.

"That was on many occasions a problem. For example, when you wear out your tyres, and the rear starts to move around more, you want a predictable car.

"There's some way to go yet, but it's a completely new idea and car, so it's a very good base. I think it's going to be a good car, maybe a bit later in the season."

Honda, though, is still coming to grips with the new engine regulations and Magnussen concedes they still have major work ahead of the first race in Australia.

"Honda is completely new with this type of engine, or power unit, in Formula 1, so I was quite surprised with how well they've done in that short time," he added.

"We still need the reliability to improve for the first race [in Australia], which I'm sure they will. But I'm definitely surprised by how smooth it all is."