Home Uncategorized Magnussen into the swing of things 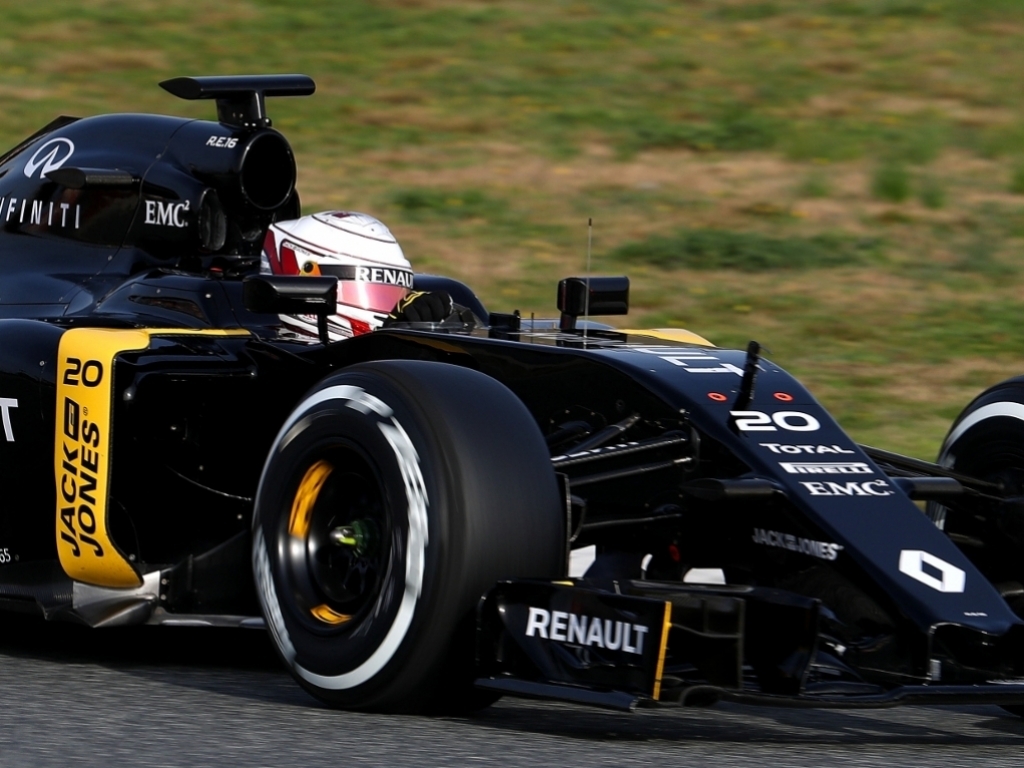 Kevin Magnussen has revealed he felt "quite nervous" ahead of his Renault debut but quickly got into it.

The Danish driver made his Renault debut in Spain on Wednesday as he took over the driving duties in the RS16 from team-mate Jolyon Palmer.

His time meant the former McLaren driver was fourth quickest on the day.

Asked if it took him 'time to get back to his best', Magnussen told Autosport: "It didn't feel like that.

"That was really good. I was quite nervous going in.

"I forgot the feeling a little bit. I got it again. It's good.

"Getting so many laps on the first day was a good chance to get back into it."

And although generally happy with the RS16, Magnussen admits there is still "a lot of work to do.

"The base balance of the car, the characteristic of the balance is quite good – at least I think so for my driving style.

"It's quite easy to drive and predictable, which is a good base.

"But you always need more downforce and power, so hopefully it will stay like that when that goes on the car."