Home Uncategorized Magnussen takes over at the top 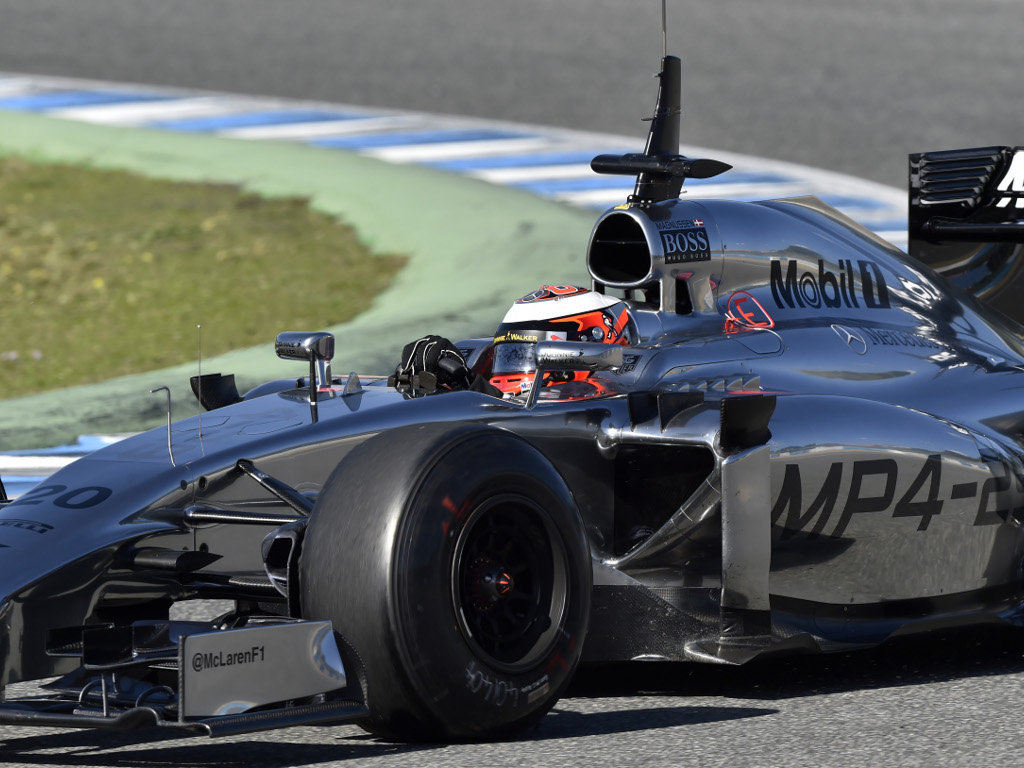 Button was also quickest earlier in the session, his 1m25.030s the benchmark for much of the day before Magnussen set the pace with a 1m23.276s late in the running – further evidence that the new McLaren MP4-29 is performing far better that its predecessor in the early stages.

Magnussen and Button got through 52 and 40 laps respectively.

Day three at Jerez was again marked by a number of red flags – and precious little sign of the Red Bull – with the likes of Ferrari and Mercedes once more joining McLaren at the top of the timesheets.

Felipe Massa also took to the track for Williams and impressively set the second fastest time of the day behind Magnussen – a 1m23.700s – while getting through 47 laps.

Lewis Hamilton completed an impressive 62 laps – the most of any driver – setting the third fastest lap time of 1m23.952s, with Button’s earlier mark remaining good enough for fourth.

Notably, the top four drivers were all Mercedes powered.

Fernando Alonso also enjoyed a productive day for Ferrari, running through 58 laps and setting the fifth fastest time of 1m25.495s.

Sebastian Vettel only managed 11 laps across two days of testing on Tuesday and Wednesday, but new recruit Ricciardo managed even less, completing just three laps before Red Bull packed it up once again.

Force India also struggled, though Hulkenberg was able to get through 17 laps and set the sixth fastest time.

The biggest problems were once again reserved for the Renault teams, with Caterham’s Robin Frijns joining Ricciardo on the sidelines for most of the day.

Only Vergne managed to set a lap time in a Renault-powered car, though the Toro Rosso also caused two red flags while getting through 34 laps.

Sutil managed to complete 30 laps, though like Vergne his pace was way off the frontrunners.

Marussia’s new MR03 finally made its first appearance later in the day, with Max Chilton taking the wheel and completing a successful installation lap – if not a flying lap.