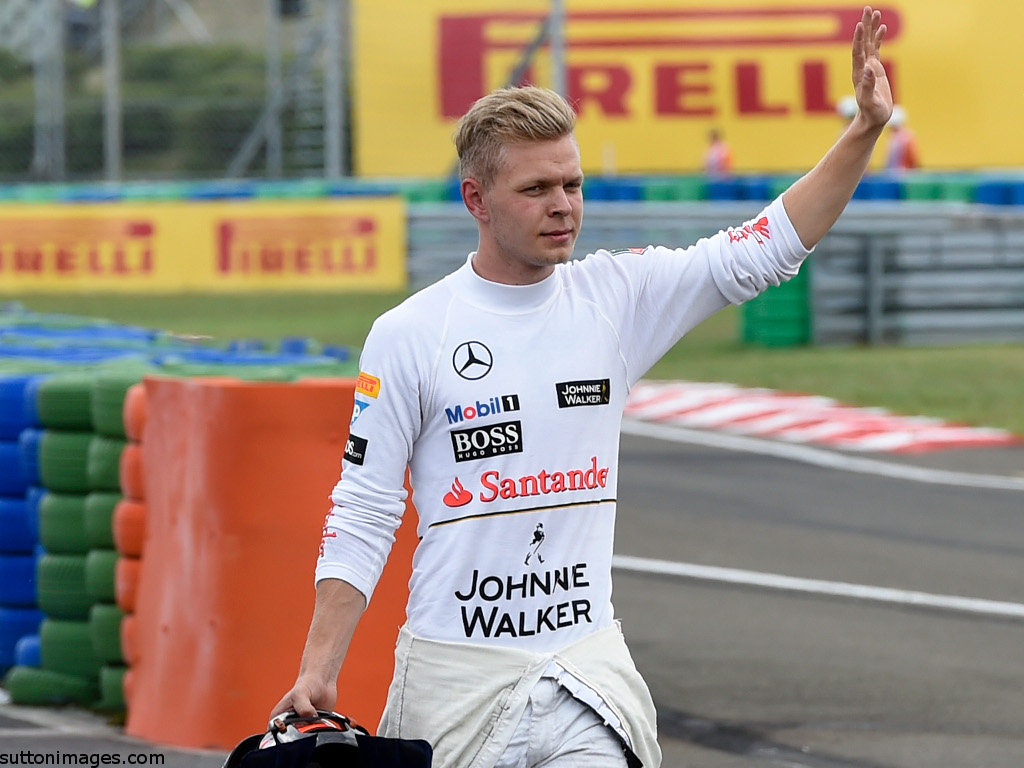 Kevin Magnussen admits he is facing an uphill task in Sunday’s Hungarian GP following his mistake in Q3.

The McLaren driver looked set for a decent position on the grid, but it started to rain during the final qualifying session and he failed to react quickly enough in wet conditions.

Just moments after Nico Rosberg’s Mercedes went wide at Turn 1 due to the damp track, the Dane also went sliding off in the same area. However, while Rosberg managed to get his car back on track, Magussen went side-on into the tyre barriers causing quite a lot of damage to his chassis.

McLaren have been forced to change his chassis and gearbox, which will result in a start from the pitlane.

“I just hit the wall. The track was much wetter at the first corner than it was at the last corner,” the Dane said.

“As I came out of the final turn, there was full grip, so I braked for Turn One at the normal braking point, but it was much wetter. Physically, I’m fine but I’m sad that I didn’t get more out of it. I’m most disappointed for the team, I think we could’ve got another decent qualifying result.

“Now, we just need to get on with it – starting from the pitlane will make life more difficult, but I’m determined to have a strong race. I’m just very disappointed to have made that mistake.”