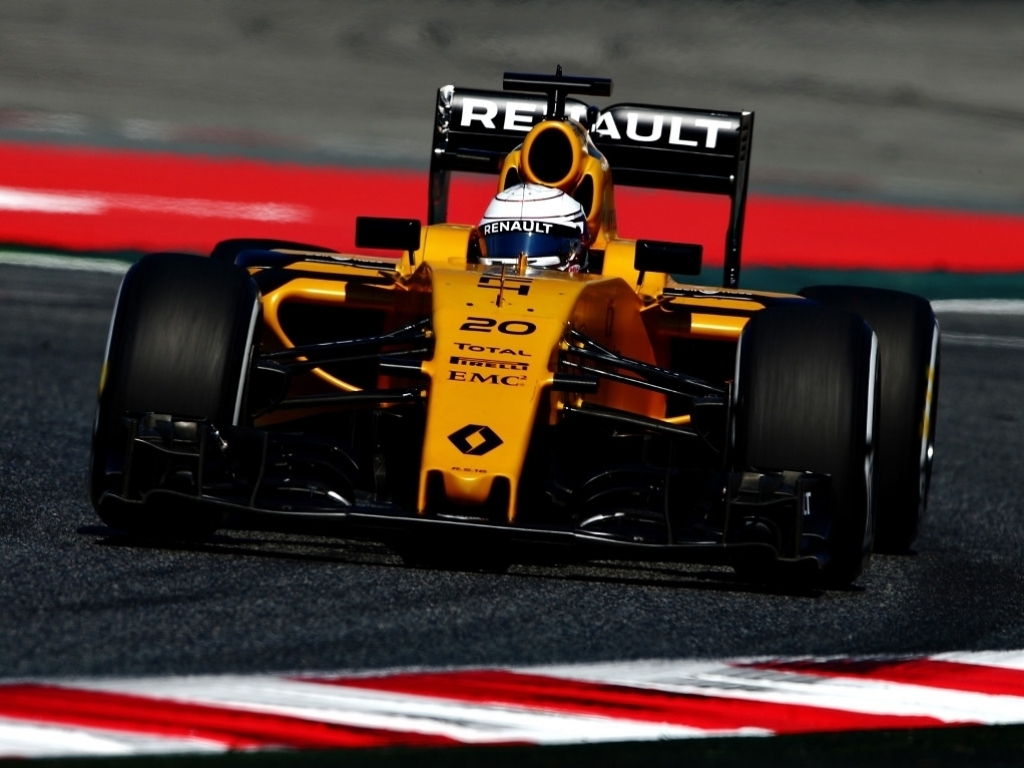 Kevin Magnussen has praised the upgraded B-spec power unit Renault has been trying out during in-season testing over the past two days.

Spanish Grand Prix winner Max Verstappen claimed the fastest lap of the first session on Wednesday, while also recording 53 laps with the engine.

The Dane, who was fourth quickest during the afternoon session, claimed that he felt the difference almost immediately and is hoping that he will be able to use it at the upcoming Monaco Grand Prix.

“To be honest the engine feels nice to drive and the drivability is actually better than with the old engine,” Magnussen claimed.

“Yeah there’s more power, but from the driving point of view it’s difficult to feel how fast you’re going on the straight.

“Whether you’re going 330kph or 333kph is difficult to feel, but the engineers will have it on the data and they will tell us later on. At the moment the main thing is the power unit is drivable so that we can continue just working as normal.

“I think it’s not that different in Monaco than other places in terms of how important drivability is. Everywhere you drive it’s important to feel the power and to be able to control it. As I said, this power unit is actually better than the old one and we haven’t had that much time to work on it. Straight away out of the box it was better drivability, so hopefully the power is a good step as well.”