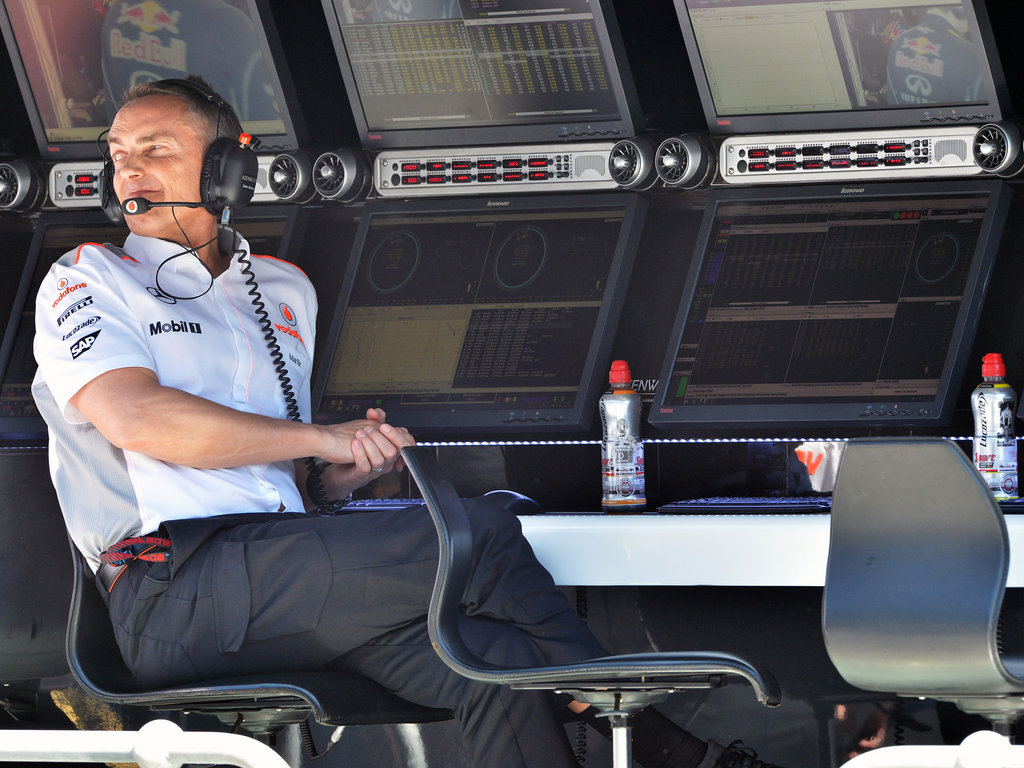 It’s probably a good job for Martin Whitmarsh that there is just a week in between the Australian and the Malaysian Grands Prix. The McLaren boss has been besieged by gloomy newspaper headlines about his fate and the fate of the MP4-28 on the basis of one grand prix run on an atypical circuit, run in extremely cold conditions on tyres that grain rapidly in cold conditions.

Last year Ferrari had a similarly gloomy time and there was even talk of a B-spec car (similar to speculation that McLaren are going to get out the MP4-27 again). Even when Fernando Alonso scored a triumphant victory in Sepang last year the rumbling continued.

We really need to see what the cars do on another circuit before any reasonable judgement is passed. Even last week’s winner is being a bit circumspect. Lotus technical director James Allison put it very well.

“Albert Park is not an average F1 track. It has a lot of similar, medium speed corners, but not very much from the high and low speed ends of the spectrum. Also, the race was conducted in cooler than expected conditions. When it is cool, tyre wear is dominated by graining. We were able to make the car work in these conditions. One thing we can be sure of is that Malaysia will deliver high temperature degradation in spades. We haven’t seen anything other than good long run pace from the E21 so far, but we will have a much clearer idea of where things stand after second Free Practice on Friday.”

This season looks set to be dominated by tyre wear and Pirelli have supplied the mediums and the hards for Sepang, as motorsport boss Paul Hembery explained: “We would describe Sepang as genuinely ‘extreme’: both in terms of weather and track surface. This means that it is one of the most demanding weekends for our tyres that we experience all year. For the first time we see our new orange hard compound in competition, with this colour chosen to make it more easy to distinguish from the white medium on television. The nomination we have for Malaysia is the same as last year, but the compounds themselves offer more performance and deliberately increased degradation this season.”

Last year three stops proved to be the winning strategy in a race that started quite wet, got very wet and then became dry. Pirelli expect three stops again but once more it’s likely to be weather that dominates the action. With the start time still at 4pm local time (just about when the rain starts) there could be rain on any day, however rain is most likely on the Sunday. And as we’ve seen in the past – Malaysia doesn’t do light showers. Races have had to be stopped and re-started and the possibility for chaos is great.

The official F1 ice-cream man, Kimi Raikkonen, who in breaks between sections of races at Malaysia likes to enjoy a Cornetto or a Zoom!, has fondish memories of a race he’s won three times.

“For sure I will always remember that my first win came in the Malaysian Grand Prix in 2003. I would not say that circuit is more important for me – it’s not that special for me – but it’s quite a nice place to race at.”

Whereas this born-again F1 driver simply can’t wait to touch down in the home of his title sponsor: “Malaysia is a beautiful country with great weather and great fans who are always so supportive, I’m really looking forward to seeing them,” Lewis extolled in the Mercedes preview, almost like he was going back to see some old mates. “This weekend feels a little like a home race for the team with all of the activities for our title partner Petronas. I’m really looking forward to having my first visit to the top of the famous Petronas Twin Towers in Kuala Lumpur on Wednesday before the weekend gets underway.”

Sounds pretty upbeat for someone who doesn’t like doing a lot of sponsor functions. The pace of the Mercedes was good at Albert Park, but most surprising of all was the ability of the W04 to look after its tyres. With Red Bull and Ferrari diving in for tyres on laps 6, 7, 8 and the Mercs making their super-softs last till laps 13 and 14,that represents quite a difference. And with Malaysia likely to be another high degradation race we’ll find out how the car is in long sweeping corners with high lateral loads.

Ferrari look right on the pace, although Fernando Alonso is still trying to play down expectations by claiming the car is still only good enough for a podium in Malaysia. It would have been interesting to sit in the Ferrari debrief post-Melbourne and see if his earlier-than-usual second pit-stop call breached any protocols. The fact that Massa was in front and got brought in first for the first pit-stop would seem to indicate that they schedule driver stops according to track position. With Vettel likely to react to whoever stopped first, they were only going to get one car past him that way.

It worked brilliantly for Alonso.

Red Bull fell victim to the really cold, early-Barcelona-testing-like conditions in setting up Vettel’s car. The fact that Mark Webber’s RB9 was set up differently and was easier on its tyres proved to them that Seb’s failure to convert pole to a win was not down to something intrinsically wrong with the car. Even though Mark’s poor start can be squarely attributed to the failure of his ECU’s communication with garage telemetry, it’ll be useful to have a smooth Webber getaway in Sepang.

After Malaysia we’ll get a much bigger part of the jigsaw complete, but the bookmakers have already slashed the odds on a Kimi world title. If we have another abject McLaren failure on Sunday then there might be some very uncomfortable betting propositions on offer before China.