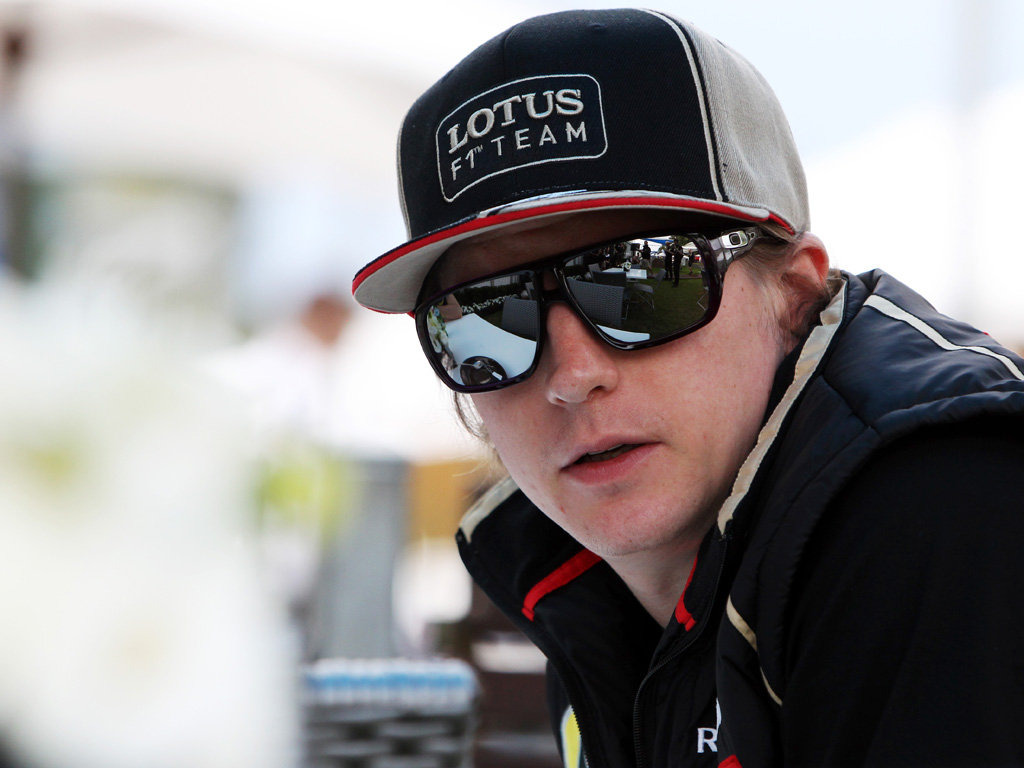 It’s going to be hot in Sepang. We could also get thunder and lightning over the race weekend. Kimi’s got his ice creams ready…

Difficult to believe that after all those winter months waiting for something meaningful to happen, by next Monday, 10% of the F1 season will be over.

If Melbourne revealed some of the clues of what would unfold in 2012, then Malaysia will show us more again. Because it is one of the most stiflingly hot grands prix on the calendar, showing how teams’ chassis will perform on tarmac way up in the 40s and sometimes 50s Centigrade. It also has some high speed corners that traditionally Red Bull love.

So if they’re not on top here, then they definitely will have taken the great leap backwards. After the last grand prix Christian Horner was noticeably quick into the routine that street circuits suit McLaren cars. And in the past that’s been true. But McLaren boss Martin Whitmarsh (aka ‘Bob the friendly vicar’) has been quick to point out that they were swift in the high-speed corners of Barcelona, which is approaching Suzuka in its adoption of the balls-out bend.

Various other points we learned from Melbourne:
Pastor Maldonado must have broken a lot of mirrors in his life
The Lotus is very light on its tyres
HRT see the first weekend of any season as a kind of glorified filming day
Romain Grosjean vs Raikkonen looks to be a battle to watch
Lewis Hamilton’s good moods don’t last long
Felipe Massa needs a result
Michael Schumacher is on it.

Massa is under pressure after just one race and he knows it. “When I arrived here in 2008, I was out of Ferrari because I didn’t finish in Australia,” he said. “But it was my best season. Things change very quickly.”

His critics are quick to point out how well Sergio Perez is doing in the Sauber-Ferrari and though his results last season were inconsistent, he’s learning how to get the best out of harder Pirellis. He may not be as spectacular as team-mate Kamui Kobayashi but luckily for Peter Sauber, there’s only one Kamui san.

Michael Schumacher’s loss of a fully functioning gearbox sent him into retirement in Melbourne. How much damage he did on the way back to the pits would be interesting to find out – having spun in Free Practice 3 in Melbourne and had to protect the floor of his car from prying photographers as it got hoisted onto the tow-truck, he didn’t want the same photo opportunity the following day.

Schumi is convinced that the tyre wear that was dropping him off the lead quite rapidly around Albert Park is a one-off. “We had done quite a few thousand kilometres in winter testing and never had issues,” Schumacher said on Thursday. “We understood in Melbourne that we have to do a better job with race pace (in Malaysia). But we understood it and fixed it.”

Which is odd considering those with the stopwatches at Barcelona were already pointing to the W03’s ability to put in very quick laps but then to lose more lap time than most over a 9 or 10-lap run.

Schumacher will certainly be in contention again in Malaysia where both Eric Boullier and Christian Horner can compare notes about the W03’s contentious rear DRS wing. Both team bosses believe that the Mercedes rear wing – that operates a kind of F-duct which helps stall the Mercedes wings further (for a straight-line speed boost) is a breach of the rules.

Most importantly, FIA Race Director Charlie Whiting thinks it isn’t. “It is completely passive. There are no moving parts in it; it doesn’t interact with any suspension,” he said in Australia. “No steering, nothing. Therefore I cannot see a rule that prohibits it.”

So the rest of the F1 field is now given the task to build one themselves. McLaren obviously have half an eye on getting it on their car by the time we get back to Europe as Martin Whitmarsh was very conciliatory about the concept. Having redeveloped a whole new exhaust system in 2011 in two weeks, a bit of ‘wingage’ shouldn’t be too difficult for the aero boys to knock up.

Lewis Hamilton has been explaining why he had a face like thunder in Melbourne after coming third. “I had just worked massively hard over the winter, harder than I ever worked, and the result of the race didn’t go the way I wanted it to,” he said. “I think it was fair to be disappointed. I don’t feel that I should have to disguise that.

In Sepang we’re due to get the real thing on Saturday and Sunday with a bit of lightning thrown in. Usually McLaren are keen to see rain fall, having two drivers who excel in the wet, but when they think they might have the quickest car, they’ll be hoping for dry conditions. Not that anything is that dry in Sepang given the outstanding levels of humidity.

Teams ship out early from Australia to get acclimatised to the heat and humidity. From a European spring to an Aussie autumn they suddenly get inserted into a sauna to work on cars they’re still finding out about. A lot of the set-up work will be guestimates, but given that teams ran three- and four-stop races last year it’s likely that there’ll be at least three changes on the blistering hot surface.

Last year Sergio Perez was a lucky boy in that his Sauber survived hitting a piece of debris during the race, thought to be a bit of ballast from another car. It impacted the Sauber so greatly it damaged his electrics and made the chassis a write-off.

Lewis Hamilton is also someone with an unlucky record at the Malaysian GP. The stewards don’t like him either. In 2008 he was demoted five places on the grid for blocking Nick Heidfeld in qualifying; in 2010 the team made a woeful tyre decision and he finished an almost unfeasible P20 on the grid. Last year he was given a 20-second penalty for blocking Fernando Alonso and Alonso was given an equally laughable penalty for destroying his wing against Lewis’s rear tyre.

Given the amount of bodywork that was exchanged at Albert Park last weekend, the stewards are going to be watching a lot of replays on Sunday. That’s provided the heavens don’t open like they did in 2009 and stop the race… which heralded the frenzied headlines around the world. F1 Driver Eats Ice Cream. As David Coleman used to say – “remarkable”.
Frank Hopkinson