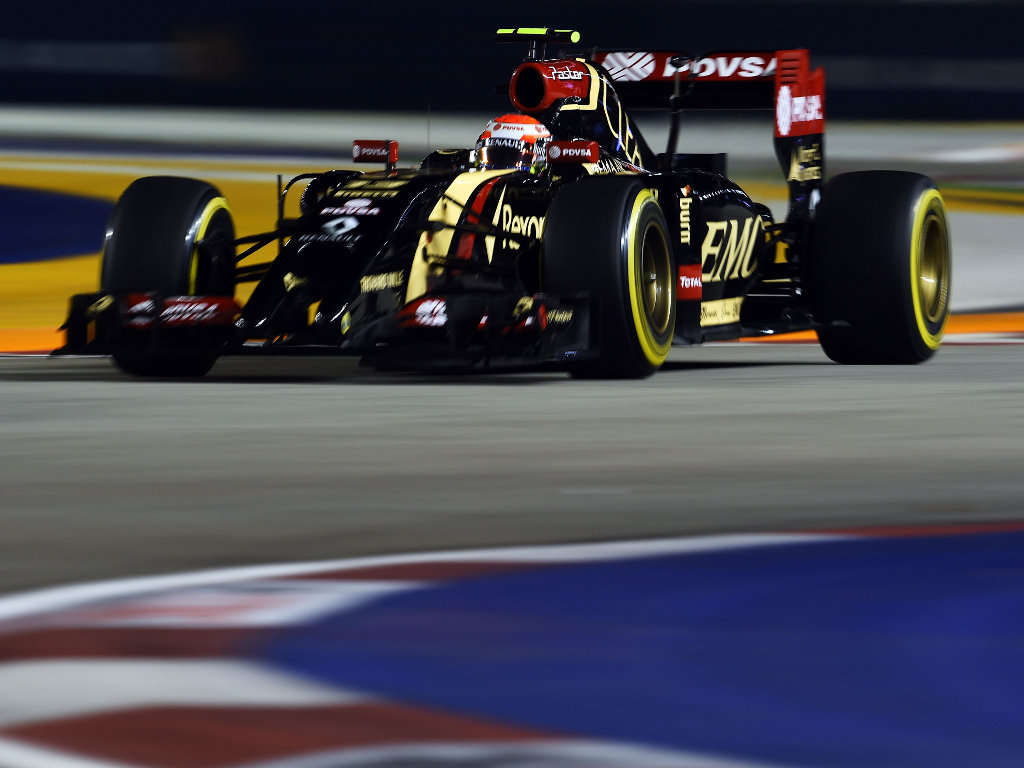 Although Pastor Maldonado admits he made a “mistake” in FP2, the Lotus driver has blamed it on his E22 being “too snappy” and “too loose”.

The Venezuelan driver lost the rear of his E22 when he emerged from Turn 10 at the Marina Bay circuit and slammed into the wall.

Causing significant damage to the front right, the red flags were brought out as marshals recovered his car.

Asked by ESPNF1 if he had carried too much speed into Turn 10, Maldonado said: “No, not really no, I was just losing grip from the tyres.

“In that one I wasn’t pushing that hard because the first lap wasn’t the best one, the performance was not the same on the second lap time on the option tyre.

“On the prime you are getting better and better and on the option there is only one lap. For one lap the new tyres are absorbing a lot of the problems of the car so the second lap is back to these kinds of problems.”

There was, however, some good news for Lotus as Romain Grosjean finished the night session 12th quickest while Maldonado was 14th.

The 29-year-old, who covered just 13 laps in the session, was 1.649s off the pace set by Mercedes’ Lewis Hamilton.

He said: “There is a small step on this track, which is quite good for us. Maybe not the greatest one as we want but we’re more close to the top ten and we hope to be slightly more competitive in the race.

“It will be difficult, we know that, but now we are closer. Maybe we are one tenth to the Toro Rosso and in the last race we were nearly a second away, so it’s much better. ”