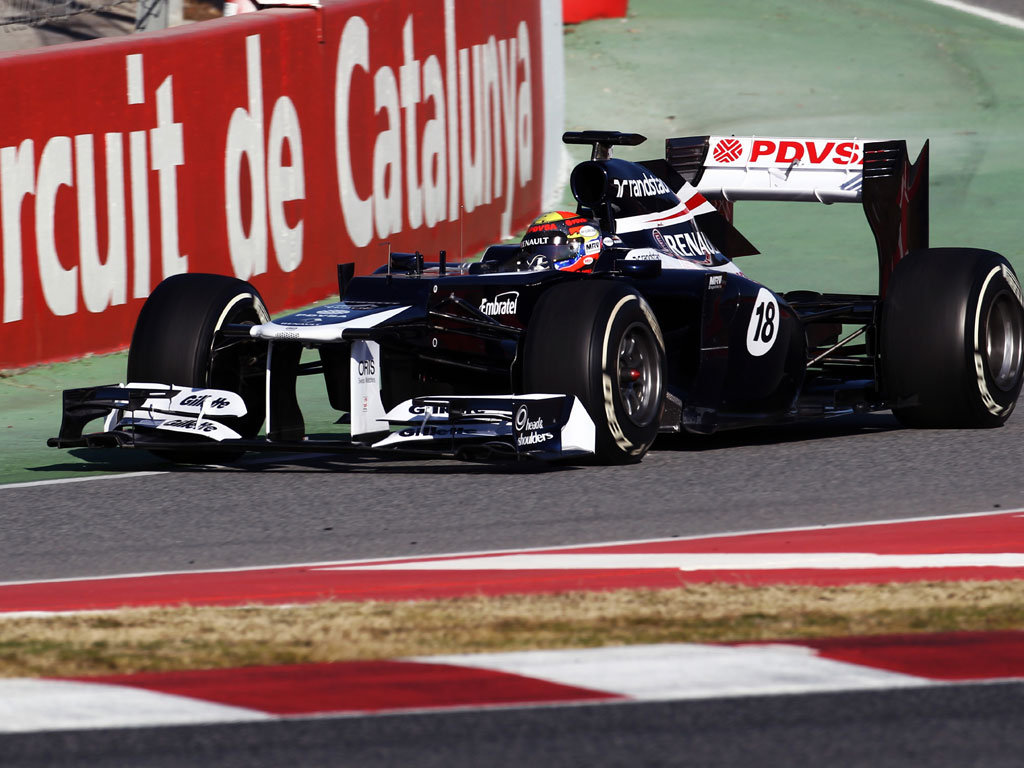 Pastor Maldonado proved to be the quickest on the day and for the week as he finished Thursday’s running almost a second up on his rivals.

The Williams driver clocked his best lap time during the morning session when, out on the super soft tyres early on, he crossed the line with a 1:22.391.

That proved to not only be the day’s P1 time but also the fastest lap time at the Circuit de Catalunya this week by three-tenths ahead of Nico Hulkenberg’s previous marker.

And although Michael Schumacher was second fastest in his newly-launched W03, the seven-time World Champ was 0.993s off the pace.

Mercedes, though, will be more pleased about the number of laps covered with on Thursday was a marathon 127.

Kamui Kobayashi was third quickest for Sauber even though his C31 brought out the red flags shortly before lunch when it stopped out on track. There is no cause for concern, though, as there was not a problem with the car. Rather, reports say, it just ran out of fuel as the team conducted a fuel test.

Jenson Button clinched fourth place, covering 114 laps with a best time of 1:23.918 while Jean-Eric Vergne was fifth for Toro Rosso.

Mark Webber had a few problems in his RB8 as the Aussie, who was P6, bought out the red flags with 30 minutes left in the day’s play.

But at least he did not lose as much time as Ferrari’s Felipe Massa.

The Brazilian spent the majority of the morning’s session in the pits with a technical problem and then broke down again just moments before the day’s action concluded.