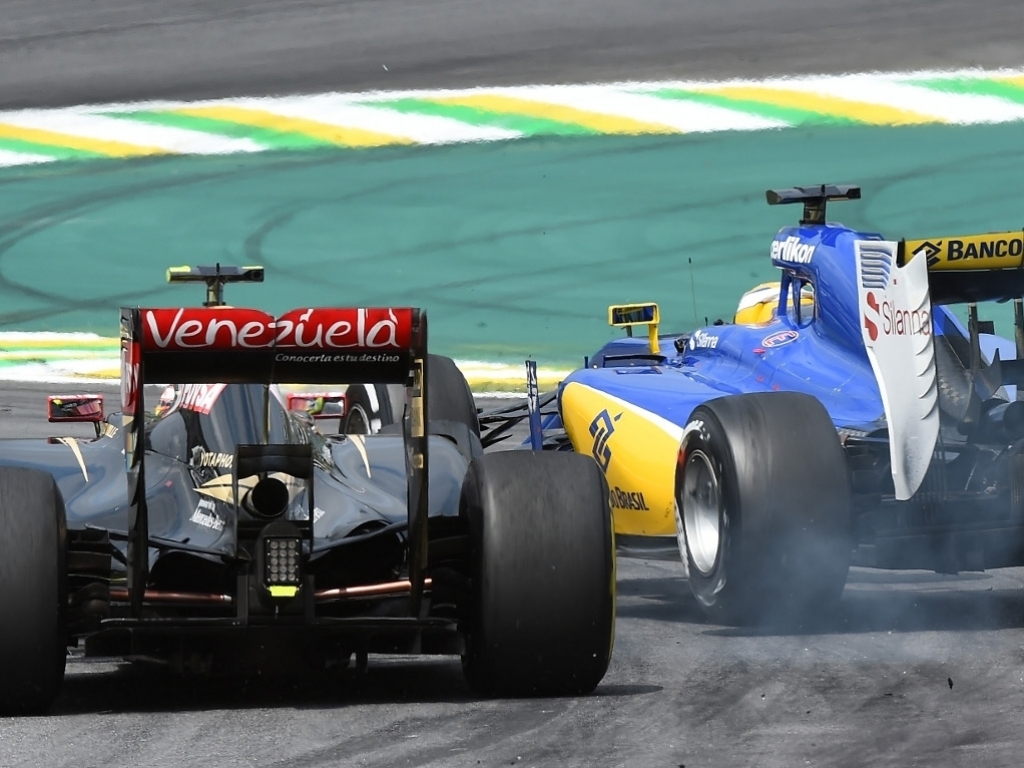 Pastor Maldonado is adamant his coming together with Marcus Ericsson in Brazil was nothing more than a racing incident.

The Venezuelan driver was handed a five-second penalty after colliding with the Sauber driver into Turn 1 on Sunday.

Maldonado crossed the line in 11th place but was later elevated to tenth due to the late exclusion of Felipe Massa.

"I believe it was a race incident with Ericsson," Maldonado told Motorsport.com.

"I tried to pass him, was on the inside, tried to avoid him, was completely on the kerb and he left no space.

"I've seen worse things that were not penalised."

Ericsson has a different view point.

"Pastor was closing in on me and he went sort of halfway for a half-move," he stated.

"I looked in the mirrors and thought he was too far back.

"I turned in and saw something coming. So I opened my line to make sure there was space on the inside if he was coming.

"But he was just carrying too much speed and I think he lost the car braking too late, and went straight into the left rear of me and spun me around.

"It was quite a decent hit."

Maldonado was also slapped with more penalty points on his license bringing his tally up to six.