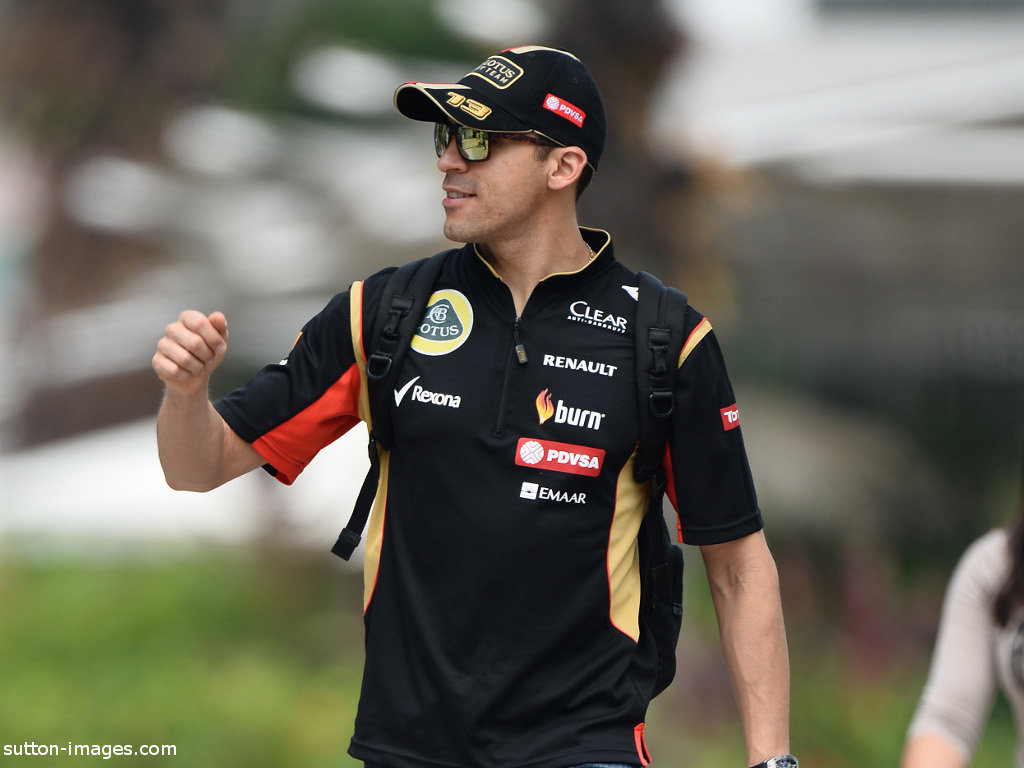 On the up side, this time around Pastor Maldonado posted a time; on the down side it was only good enough for 17th place on the Malaysian GP grid.

Having failed to set a time in qualifying for the Australian GP and then retiring on lap 29, Maldonado has been keen to spot any sign of improvement from Lotus this weekend in Malaysia. And, thankfully for the Venezuelan, there were some.

Unlike in Australia, the 29-year-old put his name on the board in qualifying at the Sepang circuit, posting a 2:02.074 to finish 17th, one position behind team-mate Romain Grosjean.

“I think it was much better than last weekend,” he told the BBC. “It was a clear step forward. We had so many issues yesterday on both cars, but today was much better.”

And even without Lotus’ car and engine troubles, qualifying on Saturday was no easy feat as the rain came down heavily forcing the FIA to delay Q1 by 50 minutes.

Once underway, conditions were still difficult for the drivers while a red flag with 35 seconds on the clock put paid to Maldonado’s chances of improving.

“It was a bit of a lottery in qualifying. We stopped too late so we weren’t able to finish lap because of the red flag. I’m a bit disappointed but there are positive things for the team.”

He added: “Hopefully tomorrow will be good for the team.”