Home Uncategorized Maldonado: I was scared for all of us 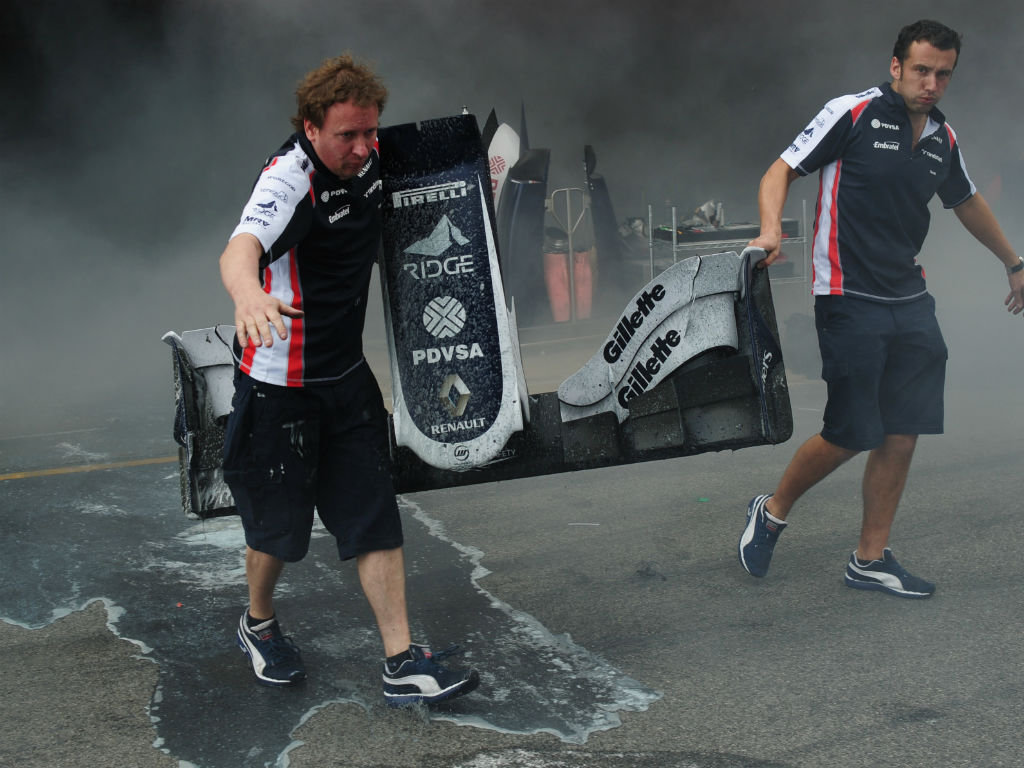 Pastor Maldonado has spoken of how he feared a tragic end to Williams’ Spanish GP weekend after a fire broke out in their garage.

Less than two hours after the Venezuelan stood on the top step of the podium, spraying the victory champagne for the first time in his career, disaster struck his Williams team.

A fire broke out at the back of their garage while members of the team were celebrating the triumph.

It quickly took hold and team members, including wheelchair-bound team owner Frank Williams and Maldonado, had to evacuate. Pictures of the incident show Maldonado carrying his 12-year-old cousin, who had the victor’s trophy safely in his grasp, through the smoke.

Williams personnel as well as many members of other teams tackled the blaze, resulting in 31 needing medical assistance of which seven, one suffering with second degree burns, were taken to hospital.

“It was a difficult moment after the race,” said 27-year-old, who was back at Williams’ Grove headquarters.

“We were altogether inside the garage, and I was so scared for all of us, but we were so lucky because there was no big damage, and our people were okay.

“But even after that we were so happy because of the win, nearly eight years since Williams had been on the top of the podium, so it was a great moment and a great day.

“And today it was great to see all the people so happy. The win is great motivation for all of them.

“I’ve told them to keep pushing like they have because I’m getting better and better, and I can feel that in the car.”