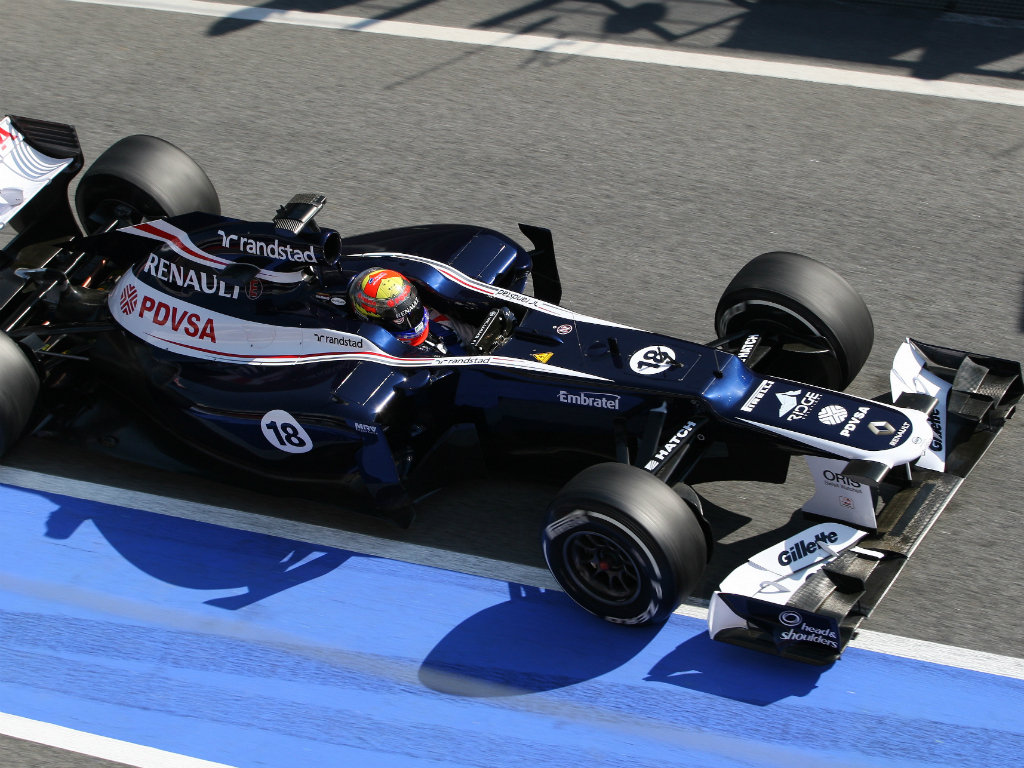 With plently of miles under their belt and the week’s second best time, it’s no wonder Pastor Maldonado is feeling good about Williams’ Barcelona test…

With plently of miles under their belt and the week’s second best time, it’s no wonder Pastor Maldonado is feeling good about Williams’ Barcelona test.

The Venezuelan led the way on Thursday as he posted the fastest time of the day, which was also the best lap time of the test at the point, a 1:22.391.

However, he was eclipsed by Kamui Kobayashi on the final day as the Sauber driver clocked a 1:22.312 to claim the final P1 slot.

Maldonado, though, finished second for the day with a 1:22.561 while his Thursday P1 time proved to be the week’s runner-up best.

“It has been a positive test for the team,” said the Williams driver, who is entering his second season with the team.

“We’ve had no problems with the car, getting in some good mileage across all four days.

“We now have a great deal of data to analyse so we will keep pushing to improve our car for the next test.

“I am looking forward to coming back next week for the final test, and getting back to racing very soon.”

“Today Pastor went through a competitive race simulation and both the car and he performed very well, ending the day with some long run comparisons.”