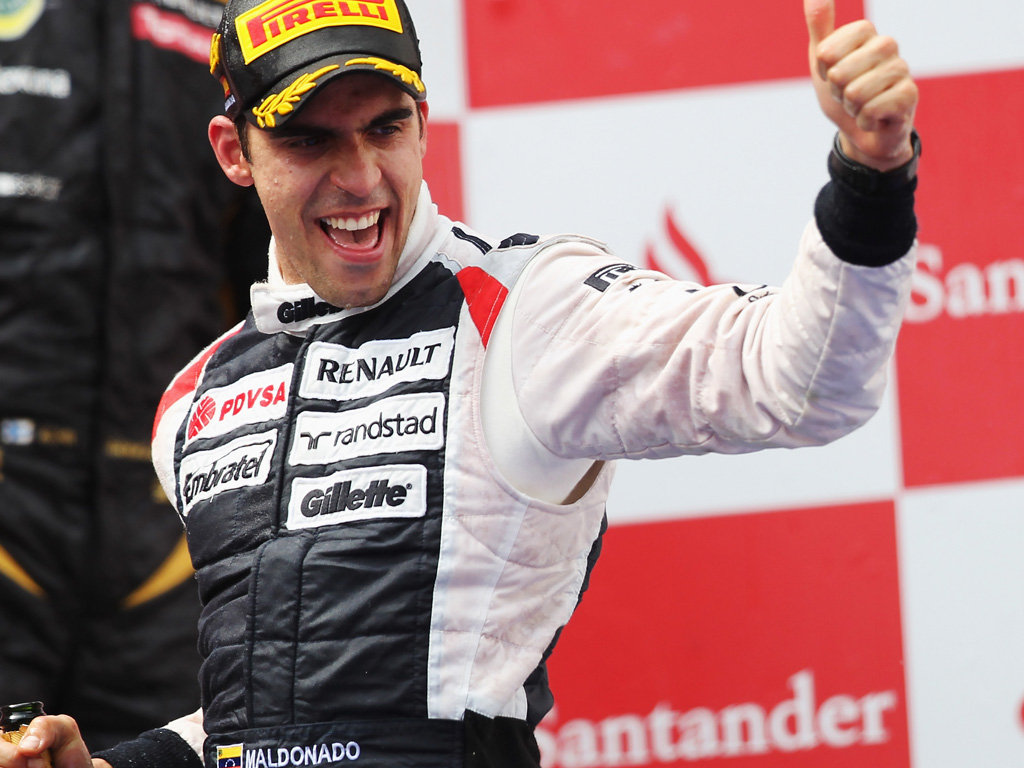 Spanish GP winner Pastor Maldonado has found himself a hot topic in a political storm that is brewing is his home country of Venezuela.

In the wake of his win on Sunday, the 27-year-old was personally congratulated by Venezuelan president Hugo Chavez while images of his victory were reportedly replayed to patriotic music on Venezuelan television.

But while everyone in Venezuela has applauded Maldonado’s victory, it has also opened the door for political wrangling.

Chavez’s political opponent Yon Goicoechea stated earlier this week that it was ironic that Petroleos de Venezuela SA (PDVSA) has been financing Maldonado and his Williams team is “a sport of elites” while many in the country are living in poverty.

Maldonado was questioned about this when he headed back to Williams’ Grove headquarters on Thursday.

“I’m very lucky to have my country behind me pushing me so hard to see me in Formula One,” he said.

“PDVSA have supported me all my career, and I’m so lucky to have them because that has helped develop the car, our performance.

“So I’m not worried because the whole of the country is happy because of the result, especially because it has come quite soon.

“From now most of the people are looking forward to Formula One, which is popular in Venezuela.

“The comments are also something political. We are in the middle of elections and people are free to say what they want.

“But the government is pushing hard, not only in Formula One and motor sports, but a lot of other sports at the moment, and we are getting some very important results.

“So I’m not thinking about these comments. I’m just focused on doing my best.”

And as for criticism that he is only in F1 because of that money, Maldonado said: “The finances I can bring have helped me reach Formula One but also help develop the car and that is crucial in being successful.

“I don’t focus on these comments, preferring to do my talking on the track and do the best job I can for the team.

“Hopefully my performance in Spain has shown that I have the talent to be one of the best drivers.”