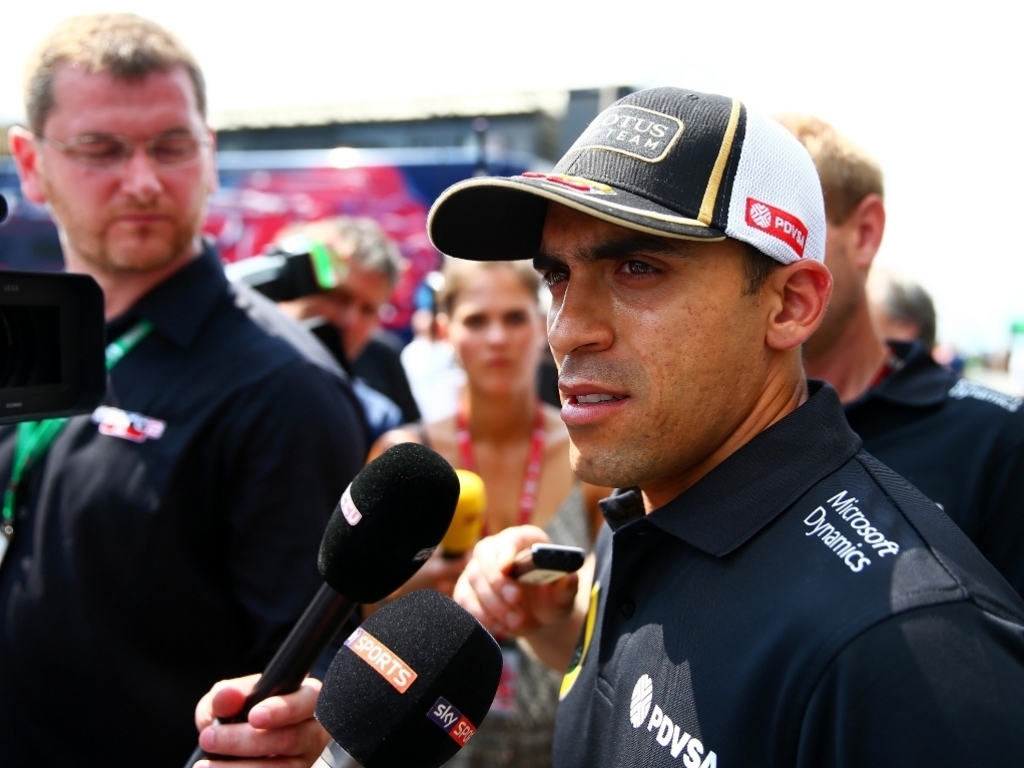 Pastor Maldonado won't dwell on his FP1 crash at Spa as he was "unlucky" to put it into the barriers.

Putting in the laps in Friday's opening practice for the Belgian GP, the Venezuelan driver lost control of his E23 in the middle of Les Combes.

Despite his best efforts to save the car, he crashed into the barriers at the exit of the corner.

Explaining what happened, he said: "I lost the car in the middle of the corner and caught a slippery kerb, there's not a lot of space there and I hit the barrier.

"It was unlucky because I almost saved the car.

"I won't dwell on it. It's a difficult track when you make a mistake especially in the narrow second sector."

His mechanics were able to repair the car and Maldonado was back on track in FP2.

But with team-mate Romain Grosjean finishing seventh, Maldonado believes Lotus could be in for a good weekend.

"I think we completed the tests we needed to in the morning, and in the afternoon we were compromised in the long runs because of the red flags.

"It wasn't the best day but we have good potential for tomorrow.

"Romain's seventh and we worked well in the morning so there's good signs."