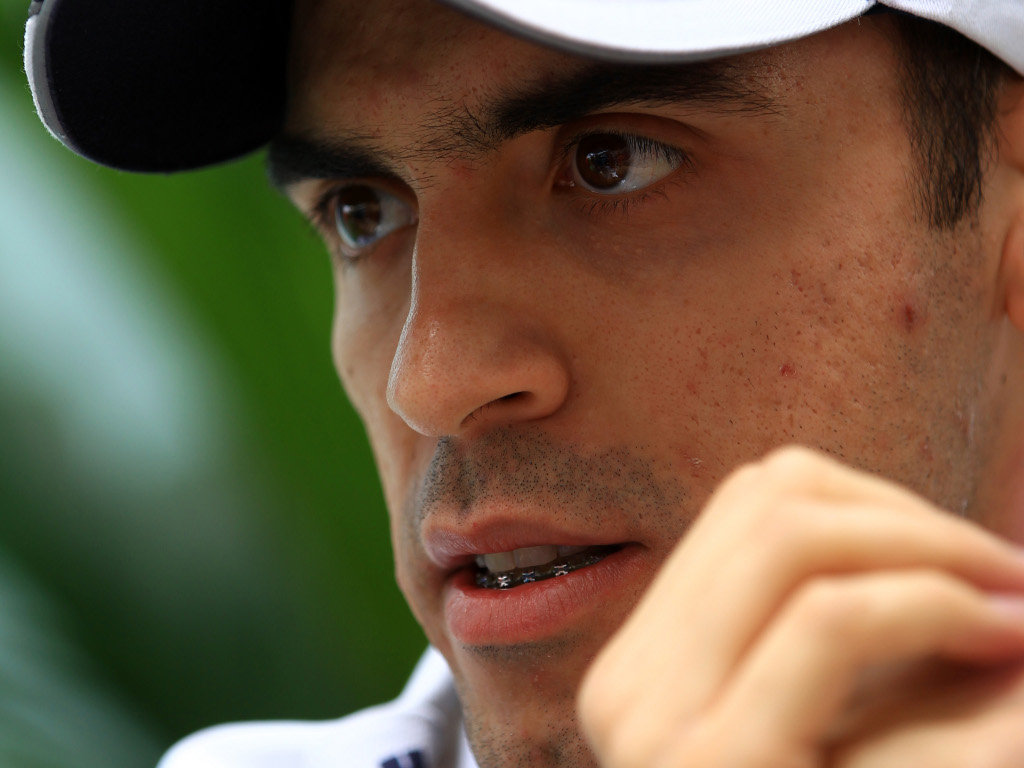 Pastor Maldonado is keen to secure a long-term deal with Williams but insists his PDVSA backing does not even guarantee his seat.

Maldonado joined Williams at the start of last season, bringing with him hefty sponsorship from Venezuelan state oil company PDVSA.

It was a dismal season for the team, prompting whispers that only his financial backing had assured him of a second year with the Grove-based team.

This campaign, though, has been a vast improvement with Maldonado even claiming a race victory when he took the chequered flag in the Spanish GP.

And the Venezuelan is now eager to commit his long term future to Williams.

“That would be good,” he said of a long-term deal. “You are more calm, more focused on your work, especially if you want to develop the car for next season.

“You are more comfortable working for the team, but we’ll see. At the moment everything is looking good.”

The 27-year-old is hoping that a new contract can be agreed before the season ends next weekend in Brazil.

“There is no confirmation at the moment, and I’m not 100 percent sure when. I’m waiting for that. We are negotiating and that’s it.

“From my side I believe I’ve done quite a good job. Maybe I paid for some of the mistakes I made, and it’s been a hard season.

“The gaps have been close, but I’ve made up the difference in some important races, and I think the team is very happy with me as well.

“I’ve been building things with a good team here. They know me well and I hope to be here.

“But there is no confirmation, so I cannot say I will be here next year. Anything can happen in Formula One.”

However, Maldonado insists his backing from PDVSA does not guarantee him a seat for next season.

“They are behind me, but their contract is with the team.

“They are with me, but then we are separated at the same time. Let’s see what happens in these next two weeks.

“Of course, they are interested in seeing me in the car they sponsor, and naturally I hope to be here, with a conclusion quite soon I hope.”