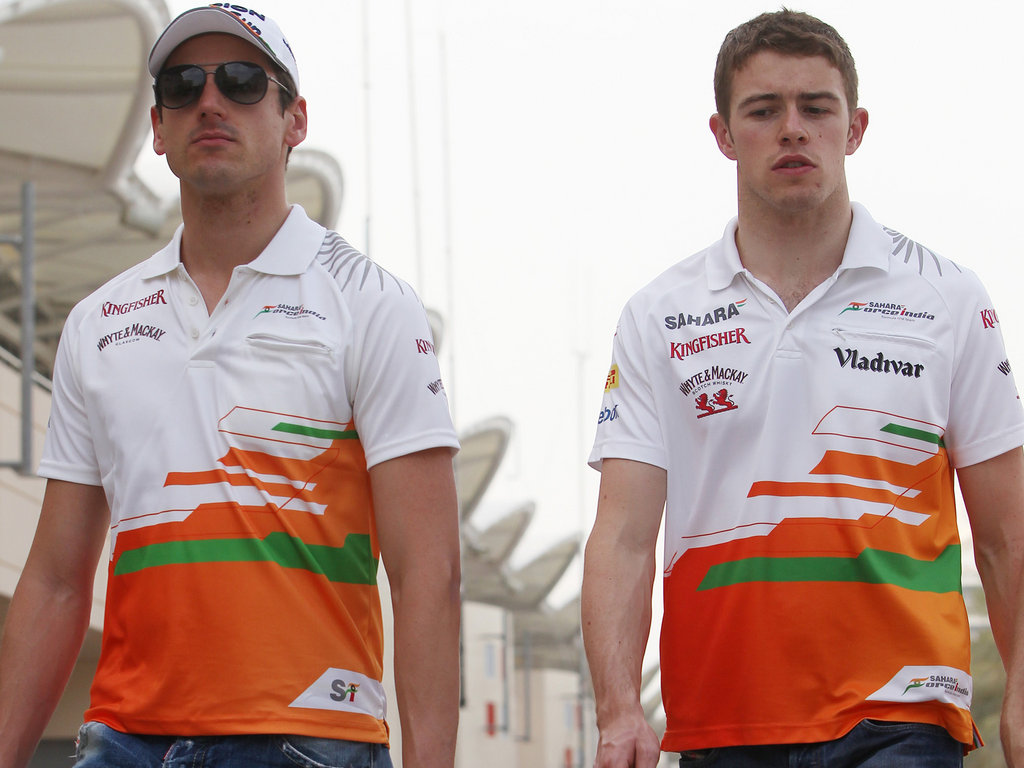 Force India team principal Vijay Mallya says his whole squad felt it was right to “move on” and start 2014 with a new driver pairing.

The Silverstone squad had already confirmed Nico Hulkenberg would return next year and they completed their line-up on Thursday by announcing the signing of former McLaren driver Sergio Perez.

The decision means Paul di Resta and Adrian Sutil will be without race seats for next year, but while the latter is reportedly close to joining Sauber, the Scot is unlikely to stay in Formula One.

Mallya believes it was time to make changes at Force India head of next year’s new regulations.

“Nothing went wrong with Paul,” said Mallya of Di Resta, who had three full seasons on the grid. “I like him, he is a great friend and hopefully he will remain that but every team needs to move on.

“We gave Paul a good stint with us, it wasn’t just one year. We gave him the opportunity, he did a lot for us.

“If the British fans are disappointed I apologise, but such considerations don’t really merit or drive the final choice.

“We felt, and all my team members felt, that new car, new challenges, perhaps a new driver line-up would also be appropriate.”

Mallya believes Hulkenberg and Perez both have “fire in their belly” and will hopefully inspire the squad to greater things.

“I could have retained either of my existing drivers but at the end of the day we’ve had them and we’ve had long relationships with both. Adrian Sutil had a one-year break and came back to us,” he said.

“I consulted my other team members and they all said ‘new car, new regulations, let’s get a new set of drivers who have got fire in their belly and are really hungry’. Sergio fits that bill and so the combination of Checo and Nico works fantastically for me.”

Di Resta took the announcement in his stride saying on Twitter: “Just want to take this opportunity to thank @clubforce for 4 great years. As a team we’ve come a long way in our time together.

“But it’s now time for a new challenge for me in the next phase of my career and I wish them all the best for the future.”