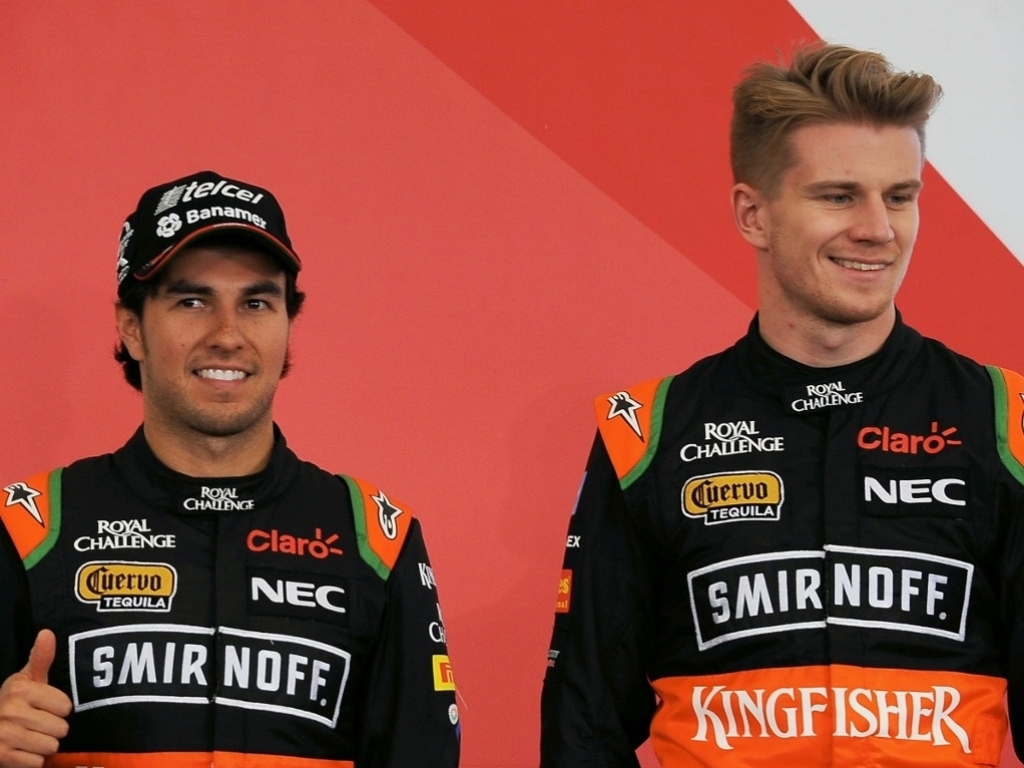 Nico Hulkenberg and Sergio Perez could spend a third year together at Force India in 2016 as Vijay Mallya is keen to retain the same line-up.

The duo first teamed up in 2014 when Hulkenberg returned to Force India after a year with Sauber and Perez was unceremoniously dropped by McLaren.

Together they recorded the team's highest-ever number of points, 155, and matched their best finish of P6. Added to that, Perez secured a podium result at the Bahrain GP.

And although this season the results have not been as kind, the duo are holding onto sixth place in the Constructors' Championship.

Proving to be a successful partnership for Force India, team principal Mallya says there is no reason for him to change drivers.

"I have always said that I am delighted to have Nico and Checo as my drivers," he told the official F1 website. "They are both highly talented and competent drivers. I am proud that Force India always has great talent in our driver line-up.

"Just remember that Nico scored points in nearly every race last year and Checo was on the podium in Bahrain. Were it not for our handicapped start to 2015 I guess we would have seen more of that this season.

"The chances that I will keep them are absolutely very high. I make no bones about it: I like these two guys. I respect them a lot. So there is no reason for me to make a change."