Home Uncategorized Mallya not giving up on P5 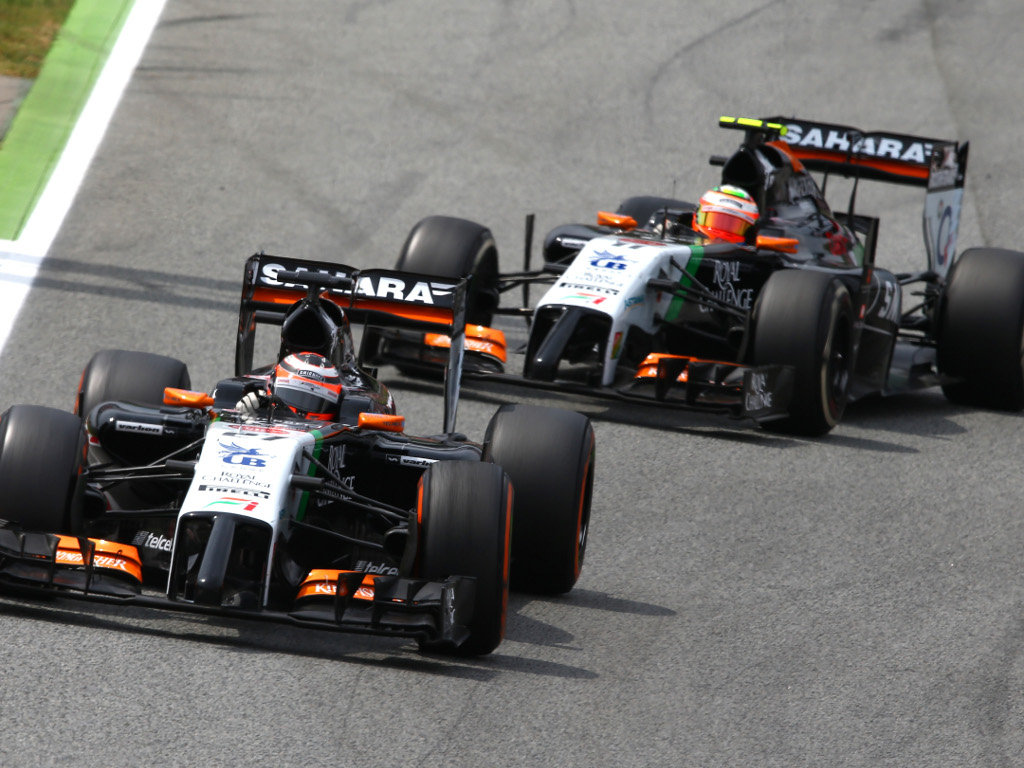 Although Vijay Mallya insists Force India will continue to push in the season finale, he concedes it “will not be easy” taking fifth in the Championship.

Force India spent the first half of this season ahead of McLaren in the standings. However, with the Woking team taking strides forward in recent weeks, Force India have come up short.

The Silverstone-based now heads in the season-ending Abu Dhabi GP 34 points behind McLaren but with double points on offer, Mallya is not giving up.

He said: “It will not be easy, but we will give it everything we have and see if that will be enough.

“Whatever happens in Abu Dhabi, we already have sixth place in the championship secured, so there is nothing to lose and everything to gain.

“We are usually competitive in Abu Dhabi and I am really looking forward to it.”

He added: “As a big Formula One fan, I am also eager to see the final chapter of the Championship battle between Nico and Lewis – it will be exciting.”

Looking back over the 2014 season, the Indian businessman says everyone at his team can hold their heads up high.

“I believe we have a lot to be proud of this season. We took on some huge challenges at the start of a new era of Formula One and we produced a competitive car. We took the fight to the biggest names in the sport; we got back on the podium on merit and did so without compromising on our philosophy.

“I feel that in Nico and Checo we have found a pair of drivers who are capable of pushing each other and the team at every race and this is helping us maximise the good work done by everyone at our headquarters and trackside.

“In 2014 we scored the biggest points total in our history and we want to build on this result to create an even stronger 2015.”