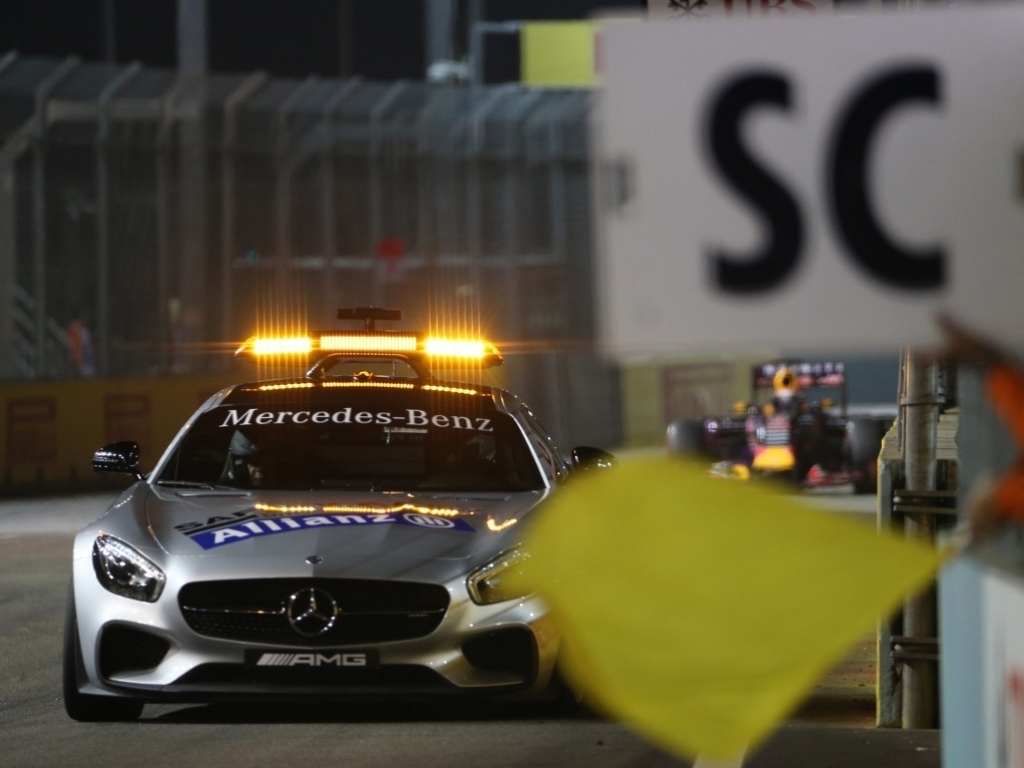 A 27-year-old man has been arrested in connection with the track invasion at the Singapore Grand Prix on Sunday.

The Safety Car was deployed during the race after a man was spotted leisurely walking on the circuit at Turn 13 with race leader Sebastian Vettel shouting over the team radio "there's a man walking on the track".

The spectator then climbed in between the fence and disappeared into the crowd. The race was eventually restarted, but someone has since been arrested over the incident.

"The Singapore Police Force have confirmed that a 27-year-old man has been arrested and is assisting police with investigations," a statement from the FIA read.

"This followed an incident in which an unidentified man gained unauthorised access to the Marina Bay Street Circuit during tonight’s race.

"The man went on to the track near turn 13, triggering the deployment of the Safety Car.

"We are awaiting a full report from the Clerk of the Course in order to determine the circumstances surrounding this incident."