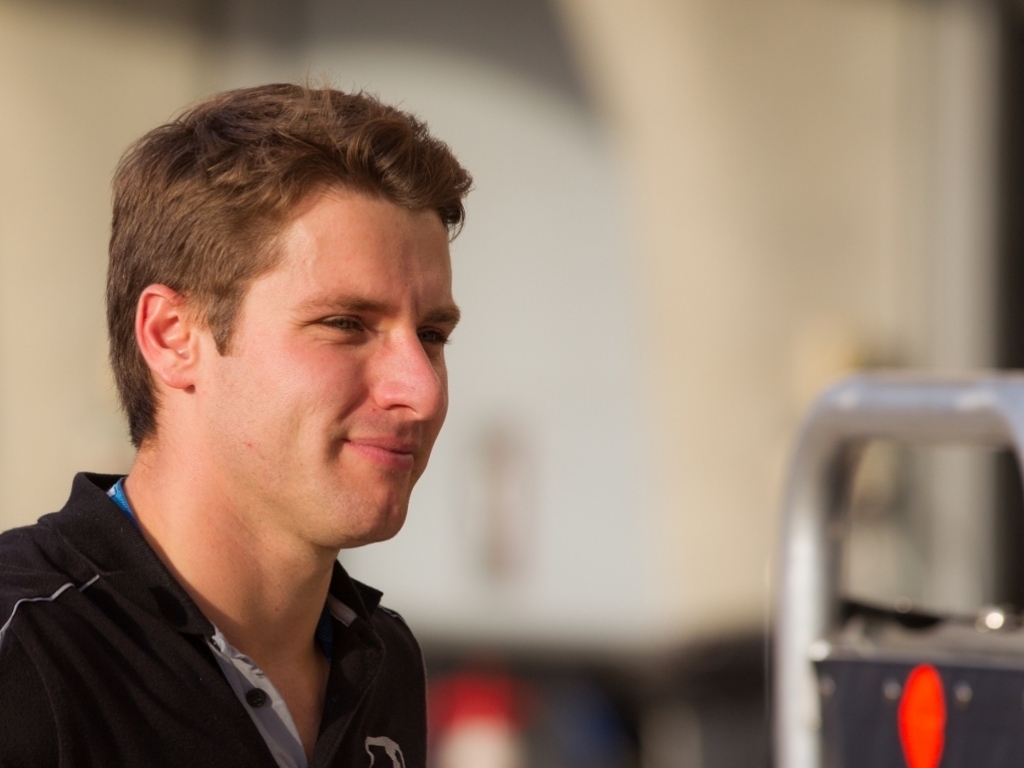 Jordan King and Rio Haryanto have been called up to drive for Manor in next week's Pirelli tyre test at the Yas Marina circuit.

Following the season-ending Abu Dhabi Grand Prix, the Formula 1 teams will remain at the circuit for a one-day 12-hour test.

The test is aimed at helping Pirelli develop their tyres including the still-to-be-released Ultra-soft compound.

All ten teams are taking part with Manor handing the driving duties to GP2 drivers King and Haryanto.

Tuesday's outing will be the latest step in King's development as the Brit continues in his role as a development driver for Manor.

"The Development Driver role has been a fantastic opportunity for me this season and I have enjoyed and benefited from every minute spent with the team," he said.

"The European rounds of GP2 Series mirrored the F1 races, so it was very easy to combine my racing commitments with spending time shadowing the Manor drivers and engineers.

"In Austin and Mexico I was able to fully immerse myself in the F1 environment and I’m learning about how things work on and off the race track.

"Naturally, what I’ve been looking forward to most is the chance to drive the MR03B, and I can’t wait to bring everything I’ve learned together in Abu Dhabi next week."

For Campos driver Haryanto, who has claimed three wins in this year's GP2 series, Tuesday's run will be his third F1 test.

He said: "I’m really looking forward to being back with the team at the Abu Dhabi test. In many ways it is essentially the same team, although the car is quite different.

"I feel much better prepared for this test, and after a very competitive season in GP2, I can’t wait to show how much I have developed to become a more complete driver."