Home Uncategorized Manor ‘thrilled’ to be back in action 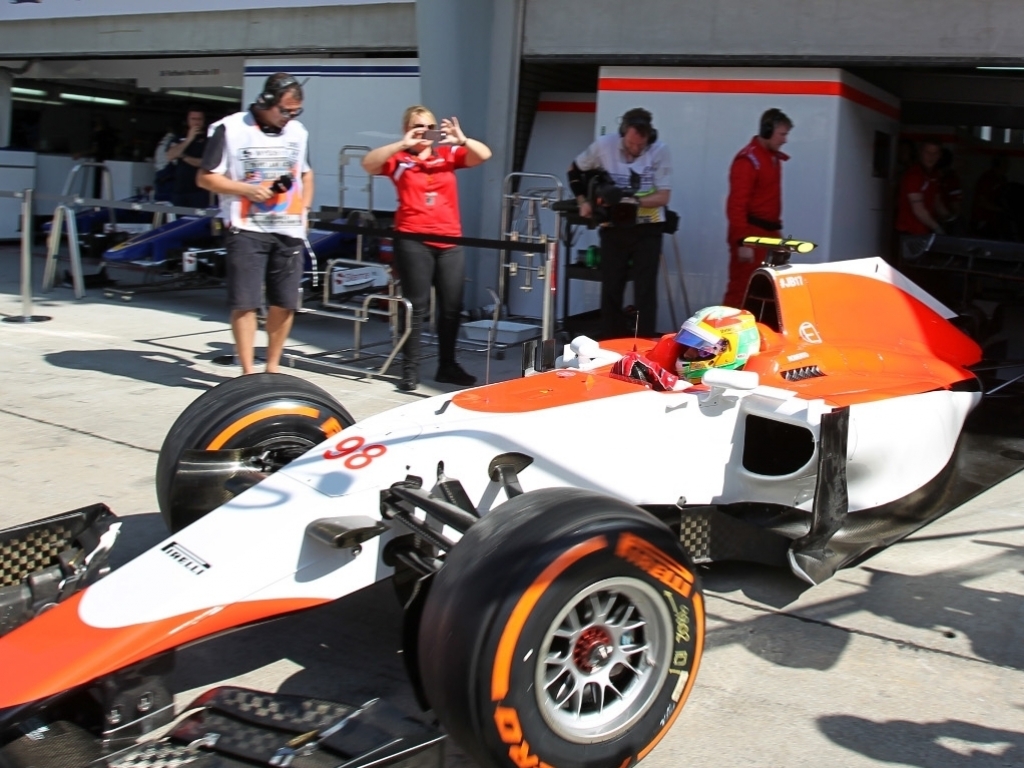 Manor finally made their 2015 debut at Sepang on Friday with team principal John Booth saying he is delighted that their hard work is paying off.

Although the team travelled to Melbourne for the season-opening Australian Grand Prix, their drivers Will Stevens and Roberto Merhi failed to make it out of the garage for any of the sessions.

They were asked to do some explaining by the race stewards, but were not punished, although F1 boss Bernie Ecclestone has suggested they will be asked to pay for the freight costs.

They made a better fist of things in Malaysia as Stevens and Merhi finally saw some action.

"Obviously, we are thrilled to be back on track again, finally seeing all the hard work and determination paying off," Booth said.

"I’m very satisfied with what we have achieved today. On what has essentially been a shakedown and practice day – which the other teams completed a couple of months ago – we’ve achieved 34 laps of reliable running and that is a really good effort when one considers the problems teams typically encounter on the opening day of running a car.

"We were also encouraged by our early pace in relation to the 107% rule and solid performances by both drivers on their first day in the car. Of course, there is a huge amount of work still to be done, both here in Malaysia and ahead into the season, but we’ll take some reward from the day nonetheless. Most importantly, we are back doing what we do best – racing."

Stevens, who is taking part in only his second grand prix weekend following his outing for Caterham last year, was six seconds off P1 in the morning, but reduced the gap to five later in the day.

"It’s really nice to be back in a Formula 1 car and to get down to the business of racing," he said. "The day ran very smoothly versus our planned programme and I’m particularly pleased that my times in both sessions were inside the 107%.

"Considering how little running we have done, today is a really good step and my thanks to the team for a tremendous effort. We’re not under any illusions about the challenges that lie ahead though and we have a busy night in front of us to work through the data to try to improve and set ourselves up for the best showing possible tomorrow."

Meanwhile, Merhi is taking part in his first full grand prix weekend and he was slowest on both sessions while he also had a spin in FP2.

"It was good to get going for our first day of running the car and positive for the team to have a straightforward day," the Spaniard said. "This morning we were able to get a decent run and therefore a feel for the balance and some direction as to where the car is.

"In FP2 we started to do some proper running but unfortunately I had a bit of a spin into Turn 12, which brought an end to my session. My apologies to the team for that as everything had been going well, but I’m looking forward to getting back in the car tomorrow and picking up where we left off."