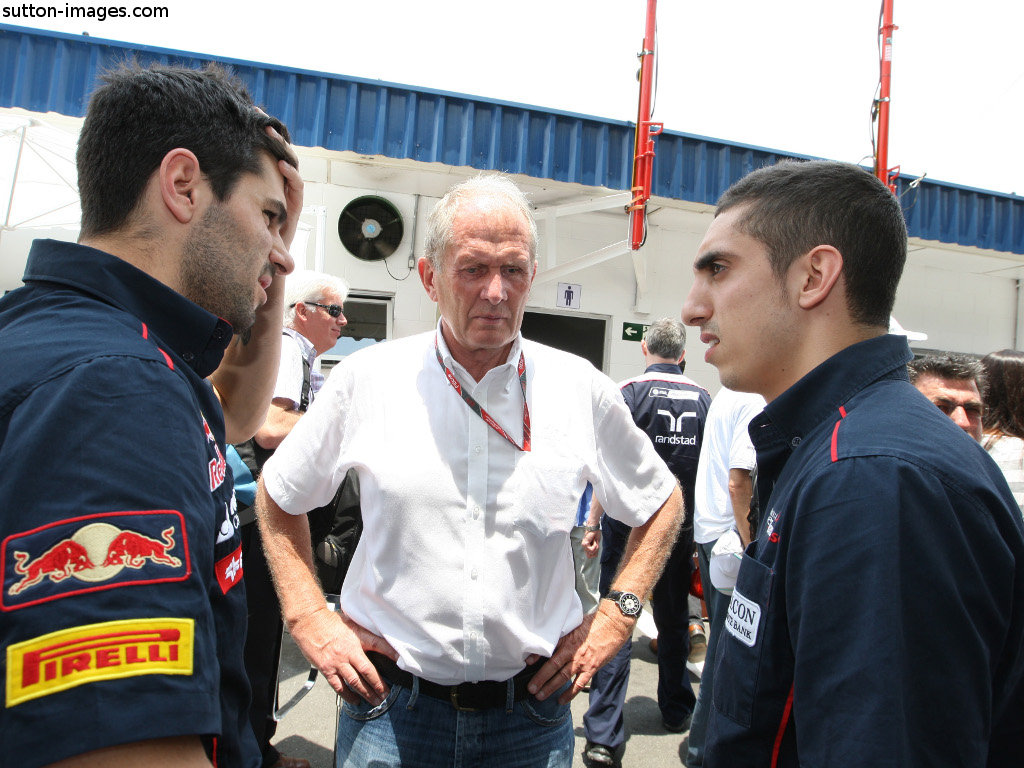 In a decision that shocked many in the F1 community, Toro Rosso announced in December that both Buemi and his 2011 team-mate Jaime Alguersuari had been given the boot.

Instead, Toro Rosso had signed newcomers Daniel Ricciardo and Jean-Eric Vergne as their two drivers for the 2012 Championship.

Buemi, though, has at least remained a part of the Red Bull fold after agreeing to test driver deal with Red Bull for this season.

And the Swiss driver is hoping that the backroom role will put him at the front to replace Webber should the Aussie opt to retire at the end of the year.

But, if Marko has anything to say about it, Buemi’s dream may be over before it even begins as the Red Bull advisor does not believe the Swiss driver or his former team-mate have what it takes to win.

Explaining his decision to sack both from Toro Rosso, he told the Gazzetta dello Sport newspaper: “Toro Rosso was created to give young drivers a chance.

“Alguersuari and Buemi had that chance for three years and after that period it’s possible to evaluate a drivers’ development.

“We didn’t see in them any possibility of growth.

“Both are grand prix drivers, but for us that’s not enough. We want grand prix winners.”