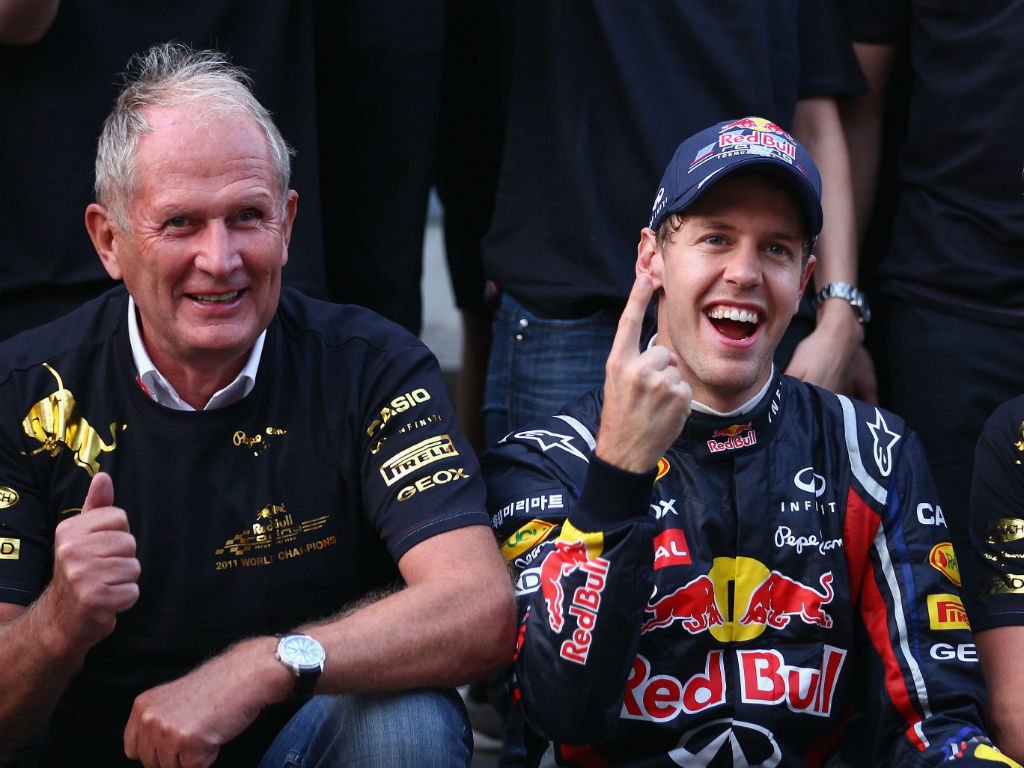 In a frank interview, Red Bull advisor Helmut Marko has hit out at Sebastian Vettel’s critics, accused Fernando Alonso of being involved in “politics” and believes Mark Webber struggles when the pressure is on.

Vettel made history this year when he edged out Fernando Alonso to win his third consecutive Drivers’ crown and become the youngest triple champion in the process.

Although Vettel is no doubt one of the fastest drivers on the grid, a lot of pundits believe that most of his success is down to his Adrian Newey designed Red Bull cars.

However, in an interview with Red Bulletin, Marko rubbished those suggestions.

“There is a lot of nonsense being said,” he said. “‘Vettel can’t overtake.’ Ridiculous; just look at Abu Dhabi and Brazil. ‘He is only able to win because he’s sitting in a Newey car.’ We have two Newey cars, so why aren’t we clinching one-two at every race?

“Then the comment of the great Jackie Stewart that Vettel must go to another team to prove himself. This is said by someone who scored all his greatest successes in just one team, Tyrrell.

“I can’t take it seriously. We at Red Bull Racing are not just a bunch of civil servants. As long as we provide Sebastian with a car and an environment in which he can become World Champion, he will probably stay with us.

“If both do not fit, then we have to come up with something fresh. But we have a very good junior programme, and maybe some day someone else will become champion in our car.”

When asked how Ferrari founder Enzo Ferrari would feel about being beaten by a “drinks manufacturer” he replied: “There is no way Enzo would have liked such defeat, but he would acknowledge the performance of the opposition – and then would whip his boys accordingly so they’d do everything to beat us. But not with such actions as we have recently experienced.

“Alonso is constantly involved in politics. I believe we saw the stress he was under towards the end of the season. Saying things like, ‘I’m competing against Hamilton, not Vettel,’ and ‘I’m up against Newey,’ these psychological skirmishes. We said, ‘Just ignore him.'”

While Vettel has won the championship the past three seasons, his team-mate Mark Webber has struggled to match his performances. The Australian finished sixth in last year’s standings while he was third in 2011 and 2010.

Marko feels the veteran struggles when there’s a bit of pressure on him to deliver while Vettel thrives in difficult situations.

“It seems to me that Webber has on average two races per year where he is unbeatable, but he can’t maintain this form throughout the year,” he said. “And as soon as his prospects start to look good in the World Championship, he has a little trouble with the pressure that this creates.

“In comparison with Seb’s rising form, it seems to me that Mark’s form somehow flattens out. Then, if some technical mishap occurs, like with the alternator for example, he falls relatively easily into a downward spiral. No driver remains unaffected by this, because the tension is palpable.

“In 2010, it was particularly extreme. Webber headed into the final race with better chances than Vettel, and he probably carried the disappointment of his defeat into the 2011 season, which is so easy to understand.

“Something that I think is also very important is that for much of his career, Mark was never in a top team, but he was always regarded as a high flyer if he only could get into the right team.

“Then Red Bull puts him in a car – a possible winner – and suddenly along comes this young kid and he snatches the booty from under Mark’s nose. Psychologically it’s not easy, of course; this would gnaw away at anyone’s confidence. It’s more than understandable.”