Home Uncategorized Marko out to beat Merc with rival engine 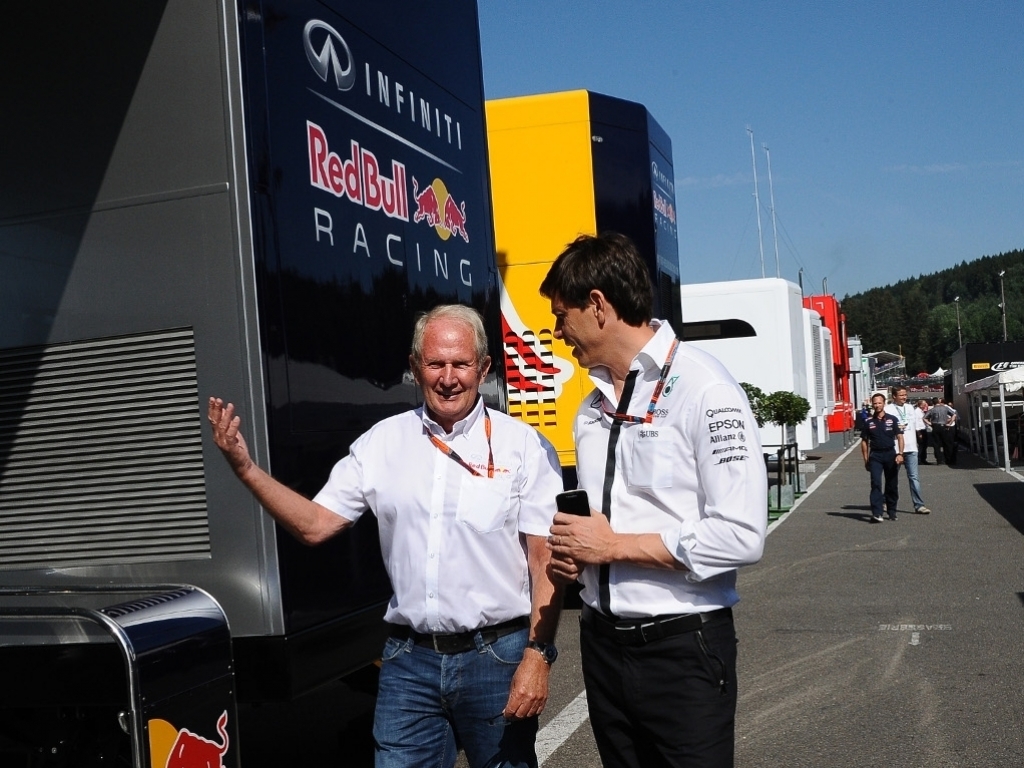 With Mercedes pulling out of talks, Helmut Marko says it will be "much more unpleasant" for the Brackley squad when Red Bull beat them with a rival engine.

Eager to part ways with Renault and their under-performing V6 engine, Red Bull had looked to swap to the superior Mercedes power.

Those negotiations recently broke down with reports suggesting that Daimler chairman Dieter Zetsche is against helping a rival become a serious challenger.

And although Red Bull motorsport adviser Marko has not confirmed this, he is hoping that Mercedes will come to regret their decision.

"The Mercedes discussions came to an end even before we went into depth," he said in an interview with Speedweek.

"There were specific conditions but we never reached the point at which we would have been able to discuss them in detail.

"Now let's see what engine we will go with.

"Perhaps we will be able to beat them (with the new engine). Then it will be much more unpleasant than if we had managed to do that with a Mercedes engine."

The breakdown in talks has led to speculation that Red Bull could be powered by Ferrari in the future.

Asked whether that would be a long-term solution for the team, Marko said: "We see this as a first step to regaining a competitive engine so that we are simply no longer handicapped from the start.

"What comes next in the longer team, we'll think about when we have a competitive engine again."

The split from Renault, though, is not yet set in stone with the Austrian revealing that talks will take place around the Singapore GP weekend.

"We can say that at Singapore or before that – not yet decided – there will be a meeting with Renault in which we'll discuss discuss all these matters and will try to bring about a solution."

Pressed as to whether the meeting would see Red Bull part ways with Renault at the end of this year or after 2016, he added: "I can say more about that after our meeting."