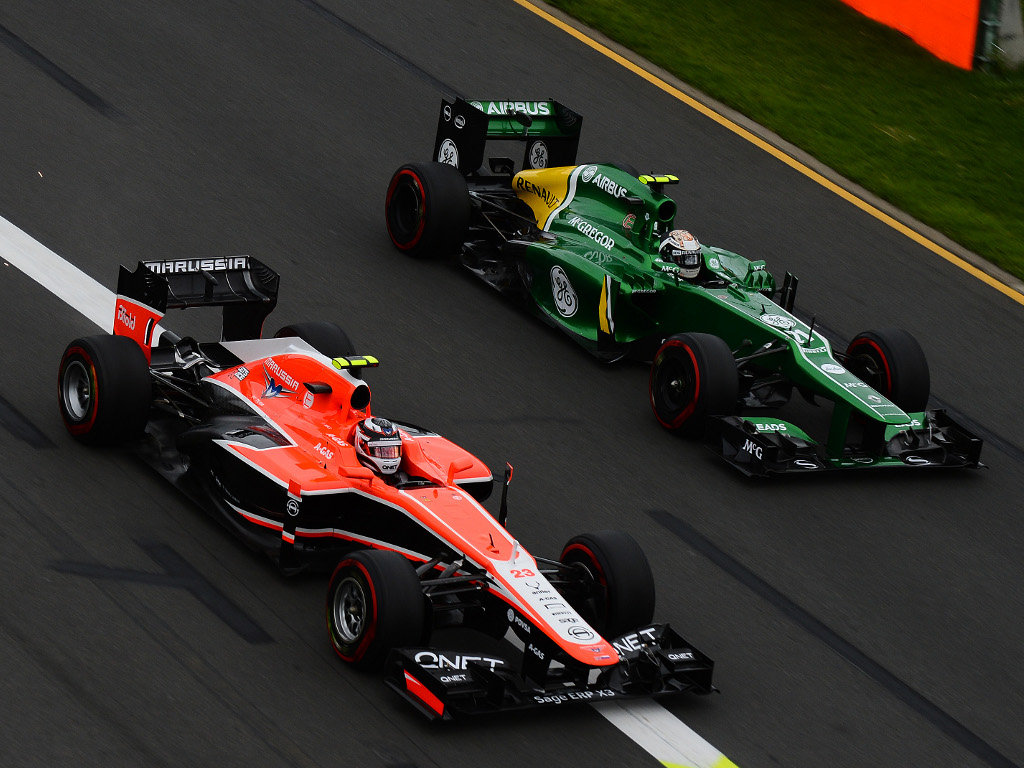 Graeme Lowdon has confirmed that Marussia held talks with Caterham regarding a merger but that neither party could agree a deal….

Graeme Lowdon has confirmed that Marussia held talks with Caterham regarding a merger but that neither party could agree a deal.

As the team back-marker outfits continue to fight for survival – financially and during grand prix weekends – the teams met in the off-season to talk about joining forces as one team.

“I can confirm that discussions took place,” Marussia’s sporting director Lowdon told Sky Sports Online. “I wasn’t involved in them and as I understand it, the conclusion was unacceptable to our shareholders. So nothing happened.”

News of the failed merger broke on Thursday with the Times newspaper’s Kevin Eason reporting that “talks between the Marussia and Caterham teams started over the winter” as they tried to find common ground so that they could guarantee survival.

“But the talks foundered and the two teams are now in a dogfight for tens of millions of pounds in prize money.”

Last season it was Marussia who lost out on that money, finishing 11th to Caterham’s 10th.

Marussia is also the only team who has yet to sign a new Concorde Agreement with Bernie Ecclestone.

“We cannot understand why we should be the only ones without any form of agreement,” Lowdon told the British newspaper. “We have had nothing to sign and are not even racing on promises.

“We have sweated blood in this sport to build a team. We employ a lot of people and we have a huge fanbase. We are not giving up that easily, but each passing week makes us worry that we are deemed to have no place in this sport. We do not think that is the case.”

F1 supremo Bernie Ecclestone, though, insists he wants Marussia to stay on in Formula One.

He added: “I have everything prepared here for them to sign now. It is not a problem. But they have not been happy and they almost merged with Caterham, so that made me wonder what was happening.”