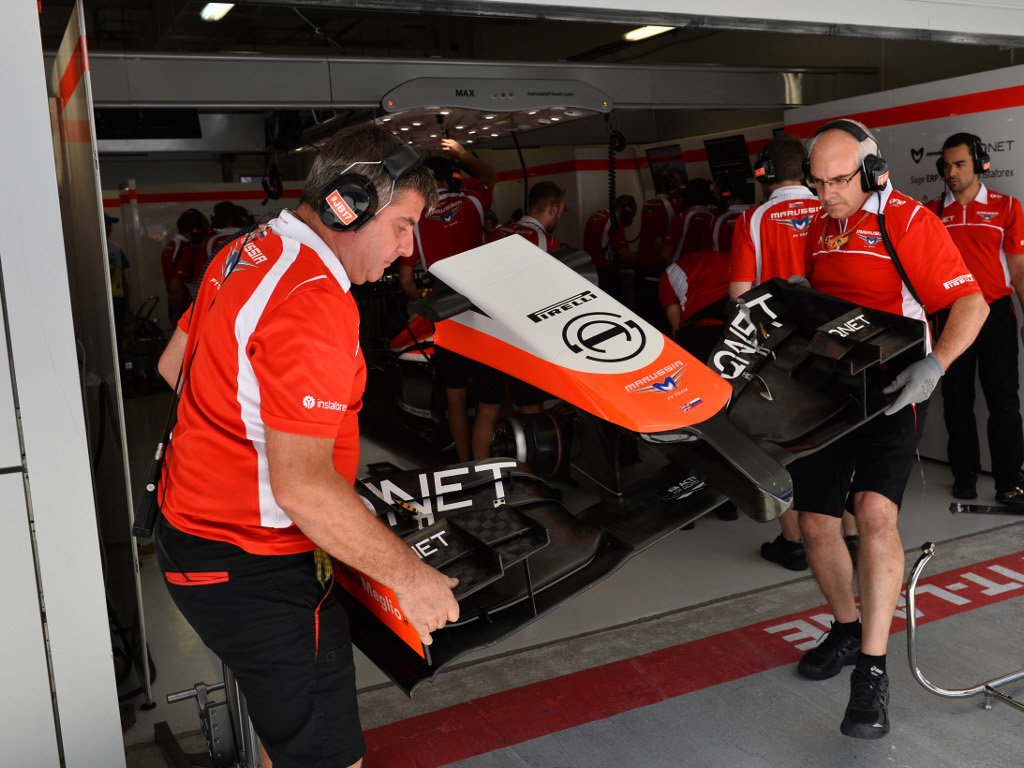 Marussia could be back on the grid at the season finale in Abu Dhabi and have reportedly lodged an entry for next year’s Championship.

Marussia did not take part in this past weekend’s United States GP and are set to miss Brazil as well after going into administration.

However, the team, who are still ninth in the Championship thanks to Jules Bianchi’s two points from Monaco, could be back for the final race of this season.

According to Sky Sports F1’s Ted Kravitz, Marussia’s freight is ready to leave for Abu Dhabi and the team has even lodged an entry for the 2015 Championship.

“The positive news is that we are hearing they are targeting a return if they can sort out what they are calling their business problems – they fact is they are in administration – and get some investors on board,” Kravitz said. “They are targeting coming back not only next year, but this year as well.

“I understand they have lodged an entry under Manor Grand Prix Limited for the 2015 World Championship and that they are targeting being in Abu Dhabi if they can get some solid investment in place.

“Bernie Ecclestone has said that they can come to Abu Dhabi so they are targeting that and it is thought Alexander Rossi will be the second driver alongside Max Chilton.

“I think theoretically they could have made it to Brazil if the money got in on time, but of course they can’t get the freight there in time. Bernie Ecclestone is supporting the effort for the team formally known as Marussia.