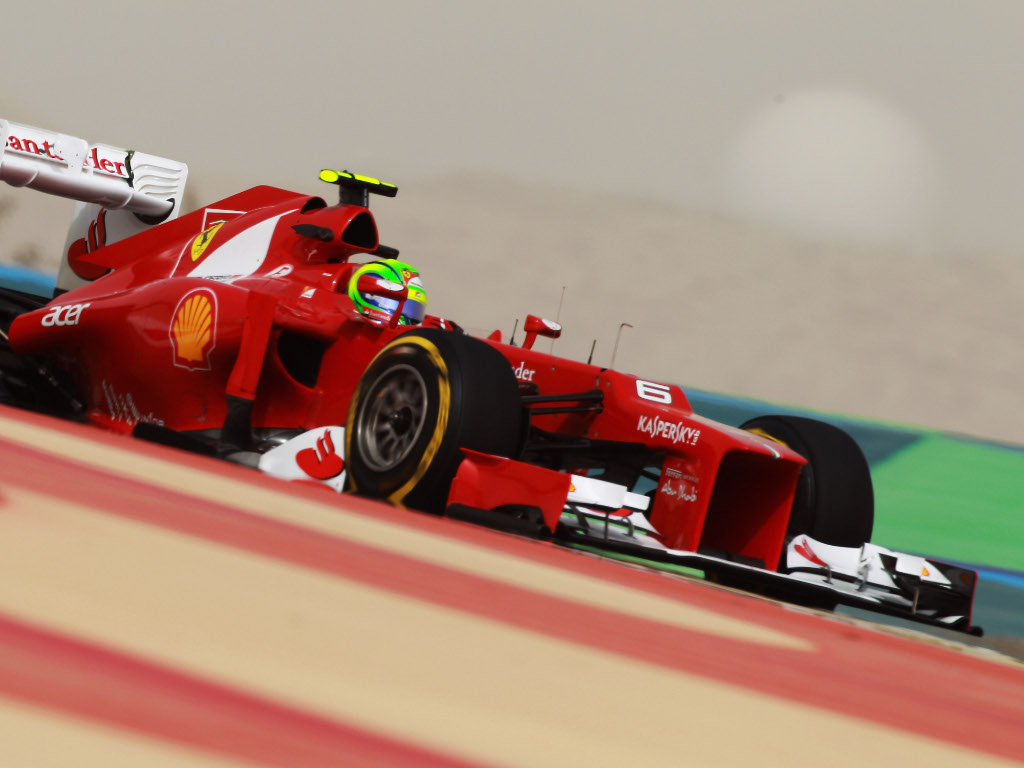 Felipe Massa was handed a welcome confidence boost ahead of Ferrari’s major upgrade, scoring his first points of the season in Bahrain…

Felipe Massa was handed a much-needed confidence boost ahead of Ferrari’s major upgrade as he scored his first points of the season in Bahrain.

Massa has struggled so far this season, failing to score a single point in the opening three races as he was soundly trounced by team-mate Fernando Alonso.

The Brazilian, though, was in the points at the Sakhir circuit as his brought his under-performing F2012 home in ninth place.

“It was definitely not a very easy race, but in the end, we managed to do a good job and, for the first time this year, finish in the points,” Massa said.

“It’s a nice result at this time, but we are well aware that it is not Ferrari’s style to be happy with a ninth place.

“Having said that, it is a performance that gives me confidence for the rest of the season.”

The next time Ferrari will be in action is at the three-day Mugello in-season test, which could make or break their season.

The Italian stable is expected to run a radically upgraded F2012, which Massa hopes will turn their fortunes around.

“Clearly we have to improve the performance of the car as soon as possible to be able to fight for worthwhile positions.

“In Barcelona, everyone will bring major updates and we will have had to do have done a better job than the others because we have to make up the ground lost at the start of this Championship.”