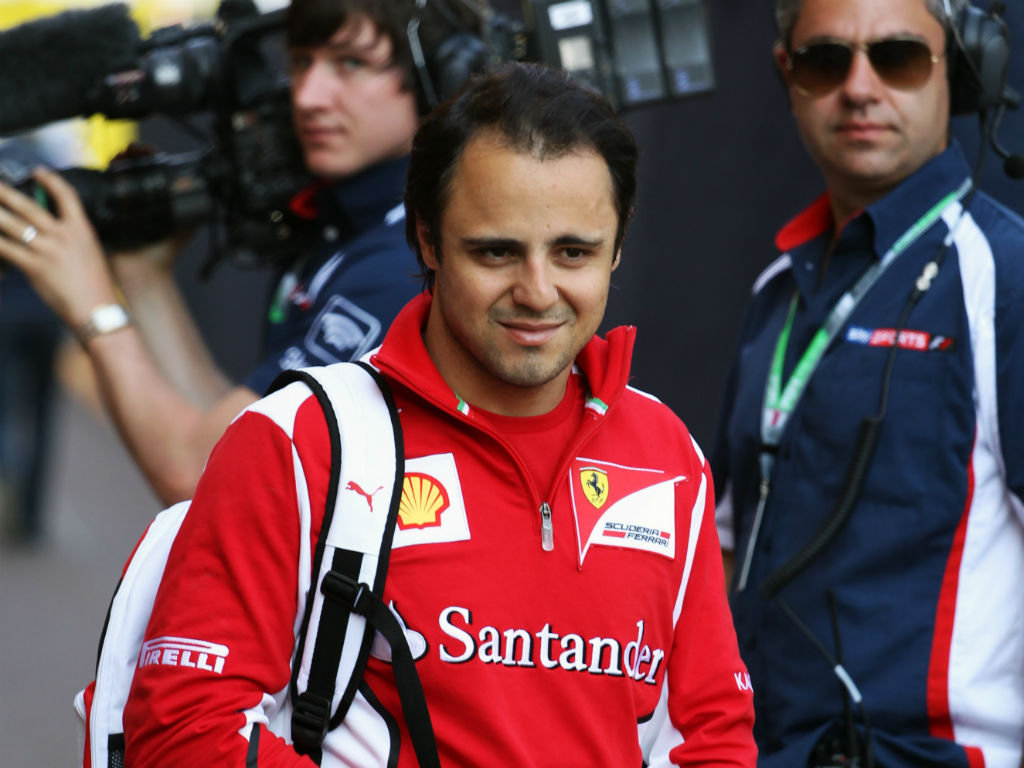 Felipe Massa has revealed that his sixth place finish in Monaco last time out has given him a massive lift after an underwhelming start to the season.
The Brazilian has struggled to match team-mate Fernando Alonso from the outset this year, following on from a 2011 campaign in which he was constantly outshone by Alonso.
However, in Monaco Massa was for the first time in the same bracket as the Spaniard, qualifying seventh and finishing sixth.
“I definitely feel more confident now,” Massa told Ferrari’s official website.
“I feel stronger as well and it’s also true that if Monaco was a good race, I was not that happy because, after the work I had done right from first practice, I had expected to be fighting for a podium finish. We had a chance of doing that, we had a good enough pace, but a better qualifying performance would have improved our chances on Sunday.
“It was very good compared to the start of the season, but we cannot be satisfied and now I want us to work hard to get something more. If we find the right direction, I know what I can do.”
The 31-year-old is hopeful that the Monaco result marks a turnaround in his season.
“I think so, because Monaco was a good race weekend for me, as I was competitive right from the start of free practice,” he said.
“Throughout the weekend, I was able to be consistent, in practice, qualifying and the race and the car felt comfortable for me to drive. I really liked the car there and it was working in the right direction to suit my style and I hope this positive trend can continue, starting with the race in Canada and then through to the end of the championship.”
Looking ahead to Canada, the Ferrari man admits that the Gilles Villeneuve circuit is a challenging one where tyres will once again play a big role.
“You have a lot of chicanes, so you need a car that is good over the kerbs and actually, some aspects are similar to Monaco, the biggest difference in Montreal being that you need good speed on the long straight. You also need traction coming out of the chicanes and you have to find the right compromise, because you can’t just put more downforce on the car, as you then get too much drag for the fast straight sections,” he explained.
“In Monaco the tyres never really degraded, even in the first practice session, which was surprising and we have the same Soft and Supersoft this weekend, so it will be vital to understand the tyres’ performance on Friday to start planning our race strategy.”