Home Uncategorized Massa against excessive use of DRS 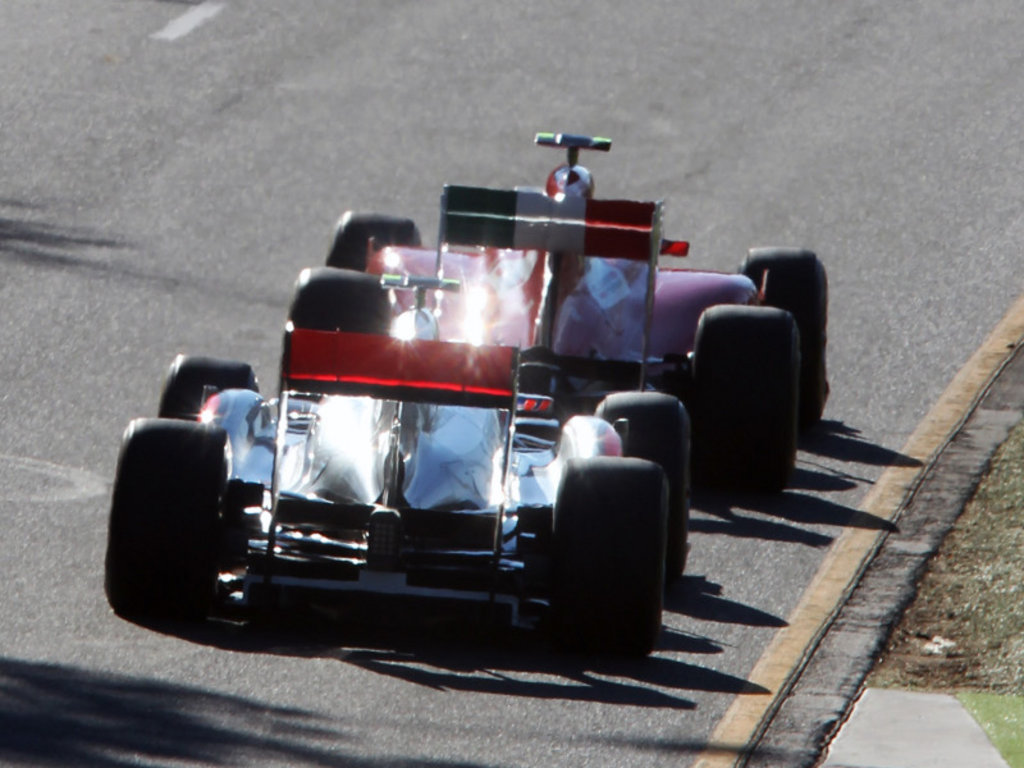 Felipe Massa admits he would prefer not to see the drag reduction system used on both of Sepang’s long straights.

The DRS was first used two weeks ago in Melbourne, but such is the layout of the Albert Park circuit, that the system could only be used on the start-finish straight.

However, at the upcoming Malyasian GP at Sepang, there are two straights on which the DRS could be used. The FIA are yet to announce their DRS policy for the race, but Massa is hopeful that the system won’t be overused.

“The situation will be interesting here, because for the moment the plan is to be allowed to use DRS during the race on the straight in front of the pits, but at Sepang the straight that runs back the other way is actually longer. It is also true that it would offer a higher chance of overtaking,” the Brazilian told Ferrari’s official website.

“So we are waiting for the final decision from the FIA to see if we use DRS on the front straight, the back one or both.

“The right decision could make the race more interesting for drivers and the spectators too.

“Personally, I am not sure that allowing DRS on both straights is the best option, because I think it might actually make overtaking too easy.

“You have to get the right balance between helping the chances of overtaking and having almost too much passing.

“At Sepang, the two straights follow one another, so if you are quicker than the car ahead, you might not even try and pass on the first straight, preferring to get well prepared and as close as possible, before then having a simple overtaking move on the second straight.”

According to Ferrari’s deputy technical director Pat Fry, the key to effectively using the system is positioning, with the 15mph benefit to the pursuing driver useless if the driver has not got themselves into the right area.

“After testing through the winter, most of the teams are all closing in on a similar level of drag reduction so the increase in speed provided by the system is delivering between 20 and 25 km/h (12-16mph),” he explained.

“I think it has made overtaking slightly easier, particularly when you are stuck in traffic, trying to get past backmarkers, but as we saw on the main straight in Melbourne, it is still difficult to overtake cars with a similar overall performance level to your own.

“You need to be somewhere in the order of three-tenths of a second behind another car going into the final corner before the DRS zone, to stand a chance of pulling alongside them by the end of the start-finish straight,” he added.