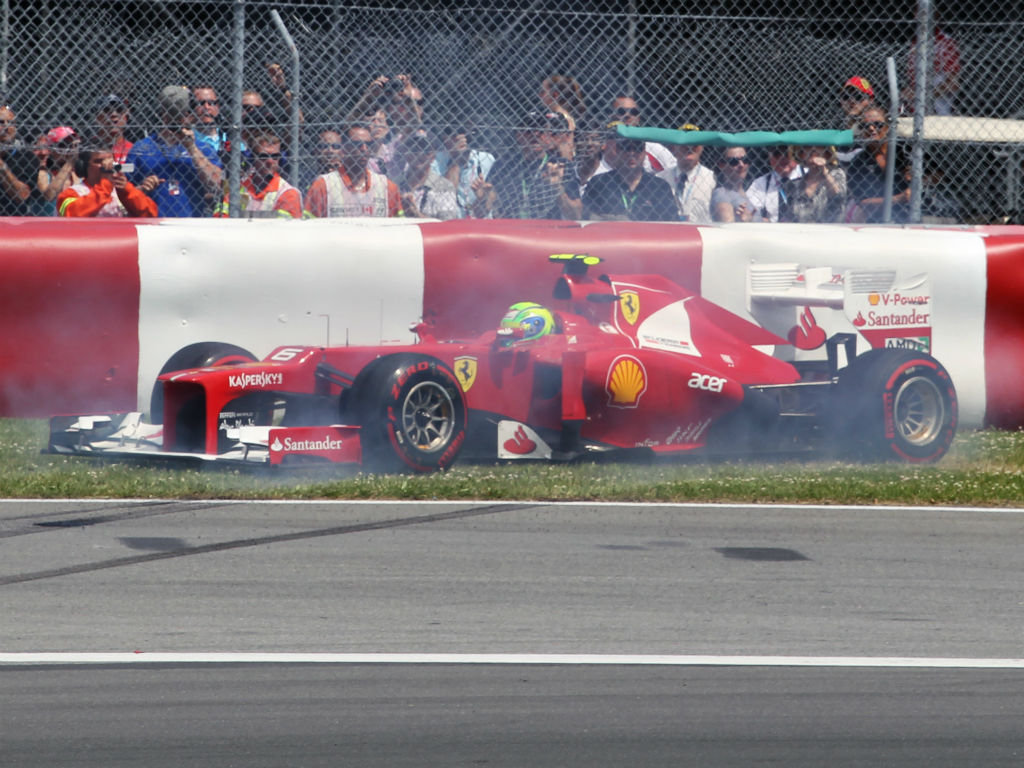 Felipe Massa says his tenth place in Canada did not reflect Ferrari’s true potential after he made a mistake early in the grand prix.

Starting sixth on the grid, Massa climbed one position before losing the rear end of his Ferrari through Turn 1 on lap six, putting his F2012 into a spin.

The error dropped the Brazilian down to 12th behind Sauber’s Kamui Kobayashi. Massa recovered to finish in tenth place, his third points-finish of the season.

However, the under-fire Ferrari driver admits Ferrari were better on the day than his result indicates.

“I am angry with myself for the mistake at Turn 1,” he said. “I lost touch with the quickest group and then my tyres were vibrating too much, which meant I had to pit early.

“Then I tried to extend the next stint of the race as much as possible, even hoping not to stop again.

“Unfortunately, towards the end, I did have to make a second stop, because they were almost down to the canvas. Maybe bringing forward the final stop could have got me ahead of Kobayashi again, but it would not have changed much after that.

“I am disappointed, because we showed we were competitive with our main rivals: now we are there, fighting with them, which was not the case just a few races ago.

“Tenth place definitely does not reflect our potential.”

He added: “Now it is vital we continue to work in this direction: it was a weekend in which we were always fighting for the top places and we have improved in every area and that has to be a confidence boost for the rest of the season.”