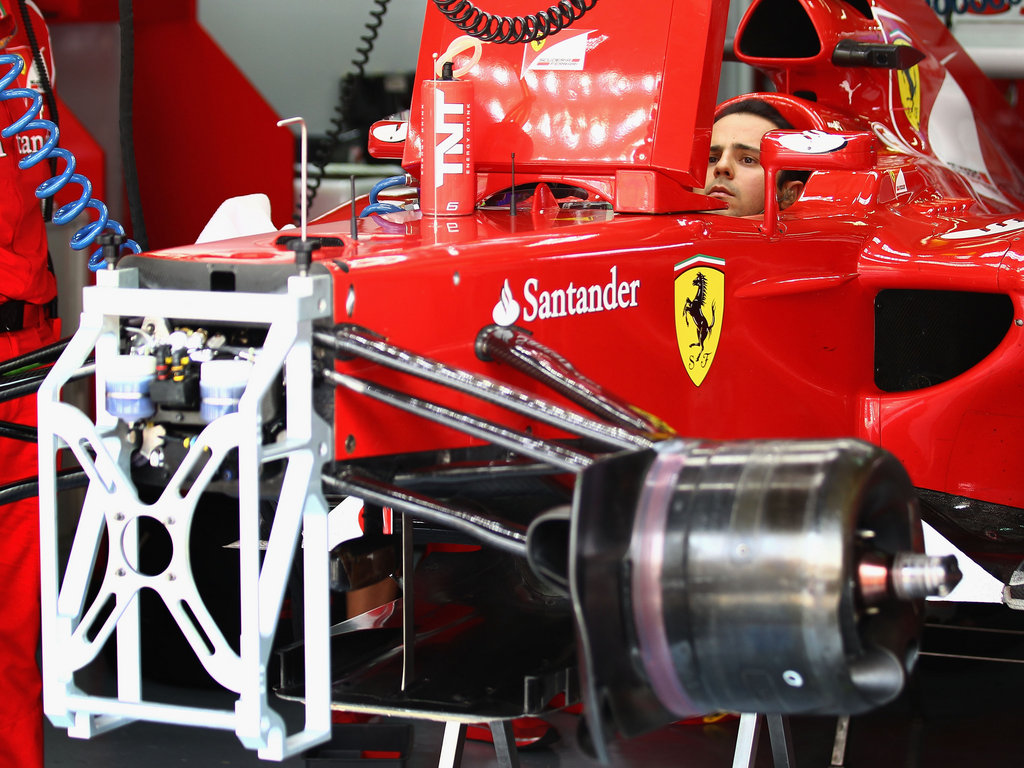 After a disappointing weekend in Australia, Felipe Massa was more upbeat after Friday’s practice in which he used a new chassis…

After a disappointing weekend in Australia, Felipe Massa was more upbeat after Friday’s practice in which he used a new chassis.

The Brazilian was uncomfortable in the F2012 throughout the opening weekend at Albert Park, complaining that the car felt strange as he struggled for grip. In an attempt to remedy this, Ferrari provided Massa with a new chassis for the Malaysian GP and initial feedback has been positive.

“I started in the morning with a completely different car and it felt good,” Massa told reporters.

“The car is more normal, so we can be more competitive here compared to [Fernando] Alonso.”

While Massa may be feeling more confident, he still struggled to match Alonso, particularly in second practice where the Spaniard clocked the sixth fastest time while Massa was back in 16th.

However, the Brazilian reveals that this was in part due to making alterations in the afternoon that have helped the team understand what went wrong in Australia.

“In the afternoon, we tried some different pieces, including pieces we tried in Australia,” he explained.

“And everything went in a worse direction.

“So that was positive to understand. The car was completely different to the morning and that can be very positive to find out why things were difficult in Australia.

“Tomorrow, the car can be a big step and much more competitive than what you have seen in terms of lap time [in free practice].

“We don’t have a very competitive car but I hope that we can fight for as many points as possible. I want to get in the car with everything right, the best we have. And that will be tomorrow,” he added.