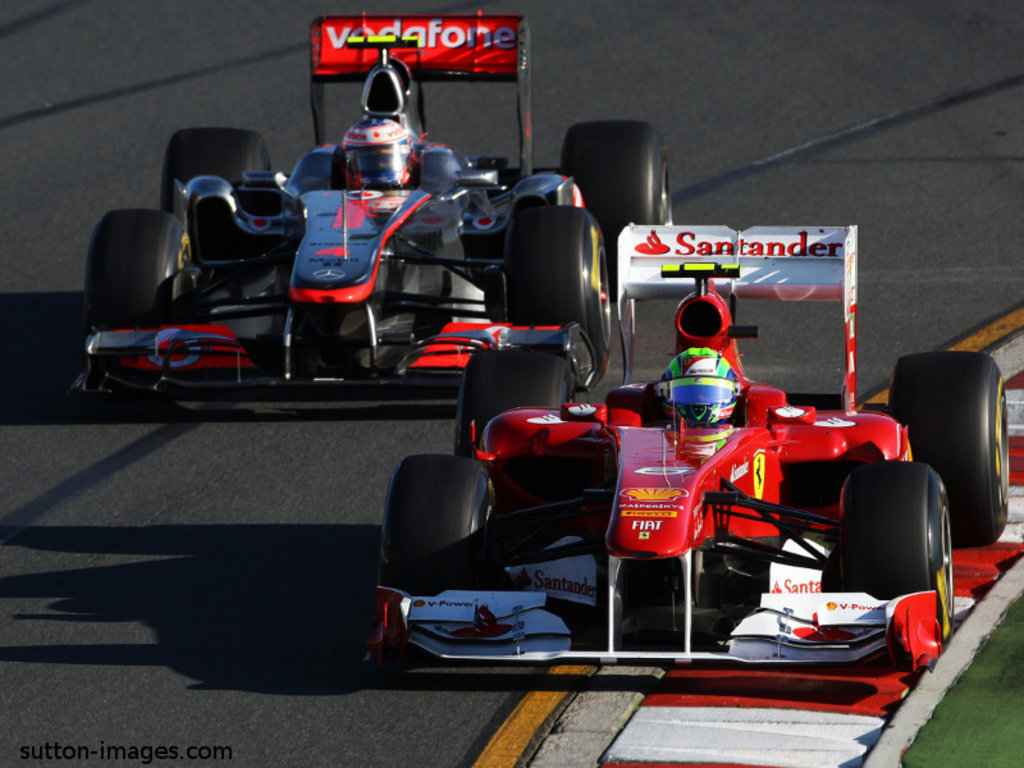 Felipe Massa has accused Jenson Button of ignoring the rules in light of their on-track feud in Australia on Sunday.

Button’s bid for a podium finish at Melbourne’s Albert Park was wrecked when he was given a drive-through penalty for cutting a corner as he attacked Massa.

The McLaren star’s move followed 10 laps of frustration behind the Ferrari as Button tried on several occasions to pass the Brazilian but without success.

Button believed he had his nose in front of Massa when he aborted his manoeuvre for fear of a crash, but the stewards did not agree.

McLaren claim they were awaiting instruction from FIA race director Charlie Whiting at the time before then informing Button as to what course of action to take as he should have given back the place.

Whiting, however, never replied to McLaren, and instead Button was handed his punishment, which resulted in him finishing sixth.

Massa, though, feels Button should have acted of his own accord, rather than relying on his team to bail him out.

“I expected him to give back the position after he got by,” said Massa in his blog on Ferrari’s website.

“The rules are clear you must do this if you cut a chicane, and Jenson is experienced enough to know that without having to wait for the team to tell him what to do.

“After he got by (team-mate Fernando) Alonso also got past me as I ended up being quite slow because of the fight with Jenson.

“Given Fernando pitted before me, that left Jenson with another chance to give me back position, but he did not.”

Despite the skirmish with Button, there is no doubt the Ferraris failed to live up to their pre-season billing, with Massa at a loss as to why.

“The Australian Grand Prix did not go the way myself and the team had expected, as we were not as competitive as we had thought we would be, based on the winter performance,” added Massa.

“If there is one lesson we take away with us after the opening round is that we have a lot of work to do.

“We urgently need to find out exactly what happened in Australia, understanding what we did and what the other teams did.

“We did not come away with as many points as we thought we could score in the first race, so we have to get back to where we want to be by the next race (in Malaysia).”