Home Uncategorized Massa crash ‘just one of those things’ 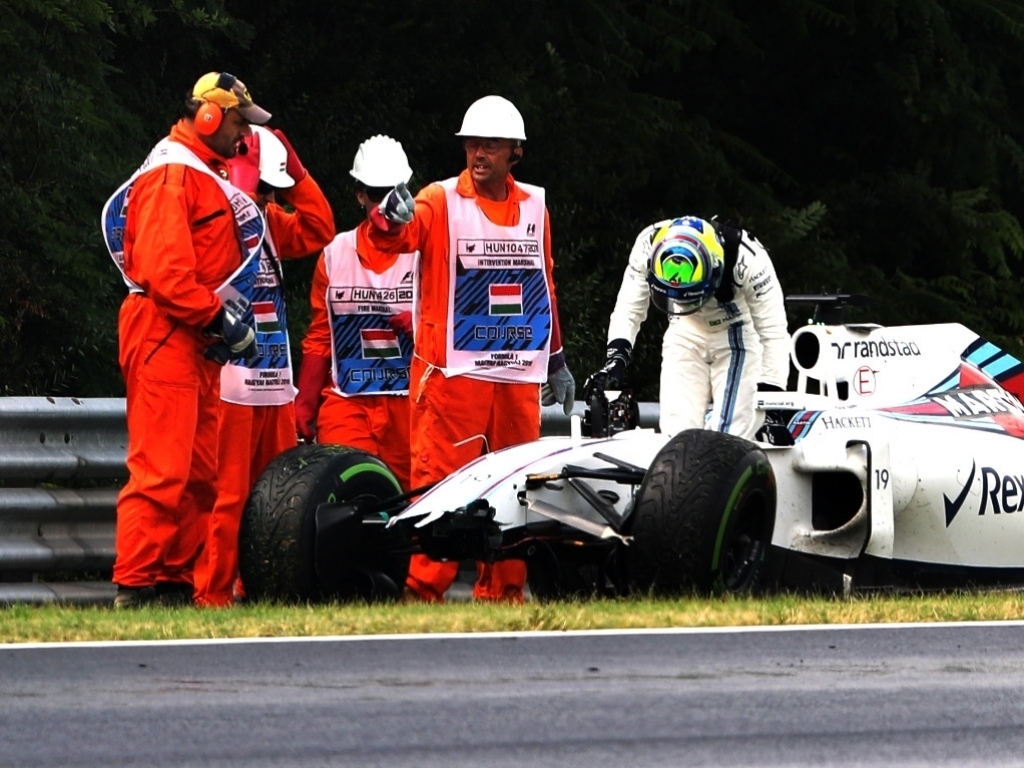 Felipe Massa was disappointed after a crash in Q1 meant he qualified down in 18th place on the Hungaroring grid.

Saturday’s qualifying took place in tricky conditions as torrential rain forced a delayed start to the session and four red flags in Q1, three of which were for crashes.

One of those was Massa.

The Brazil tried to swap from Pirelli’s wet tyres to the intermediates but touched a kerb that resulted in a meeting with a barrier.

He will start Sunday’s grand prix 18th on the grid.

“I’m very disappointed about what happened,” said the Williams driver. “We risked going to the intermediates tyres in that moment and unfortunately it didn’t work for me, so it’s a real shame.

“I’m sorry to the guys in the garage because I was just trying to do the best I could but in conditions like that these things can happen.

“We now just need to concentrate on the race tomorrow. We know it’s not the perfect position for qualifying at this track but we need to be ready for anything tomorrow, because everything could change in the race.”

And although there was a lot of damage to Massa’s car, Williams technical director Pat Symonds billed the crash as “just one of those things.”

“There is a lot of damage,” he told Autosport. “Suspension and steering has gone and the front wing and nose.

“But I don’t think we’ll find damage on the monocoque.

“He just touched the kerb, it’s just one of those things.

“He wasn’t pushing and it probably would have been better if he was pushing a bit harder as he might have been more ready for it.”