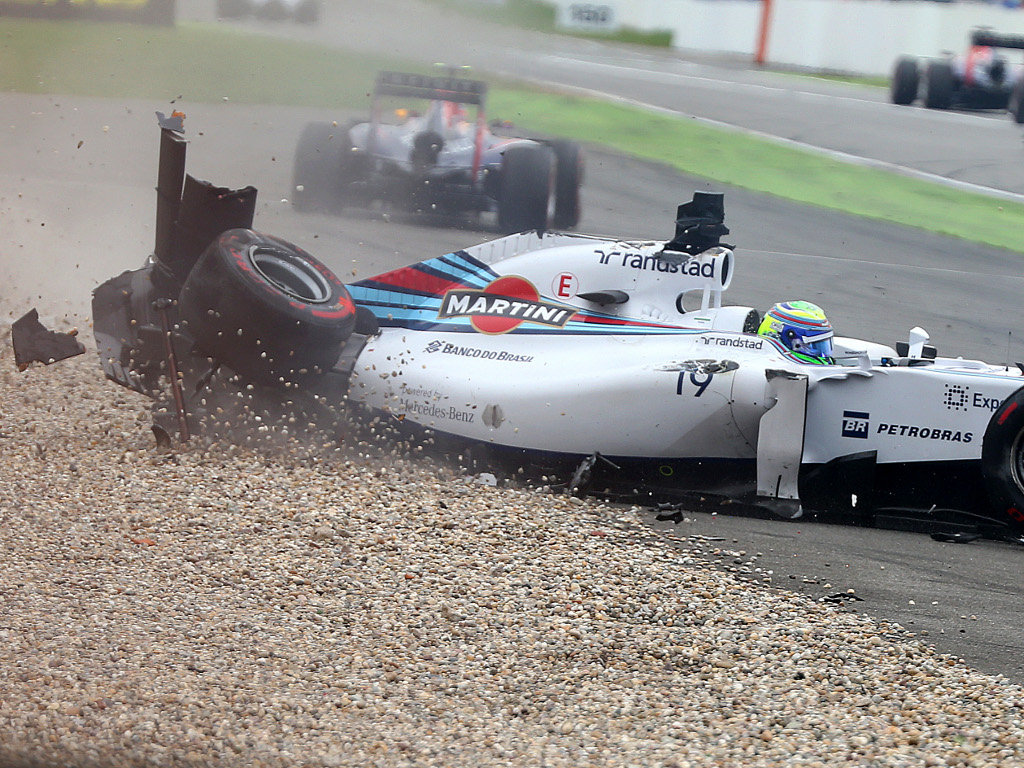 Felipe Massa was disappointed as once again “another car” and another crash brought an early end to his grand prix Sunday, this time he says Kevin Magnussen was to blame.

Fighting for position at the start, Massa, who had the outside line, and Magnussen, who was inside, collided at the first corner of the German GP.

The impact flipped Massa’s Williams onto its side, sending up sparks as it slid across the run-off area before landing on all four wheels.

The Brazilian was not hurt.

“I’m okay,” he said. “Definitely the accident was more scary watching than being inside.

“But I’m fine and that’s important.”

He was, however, very disappointed as yet again a race ended with a crash.

“It’s another race and another car that has pushed me out and finished my race.

“With a car that that is very competitive and fast that’s so disappointing.”

The stewards deemed the accident to be a racing incident, however, Massa believes the blame belongs solely on Magnussen’s shoulders.

He added: “Definitely I was in front. I was doing the corner in front of him.

“Normally the car behind should brake, it’s a corner that you cannot get two cars in the corner.”