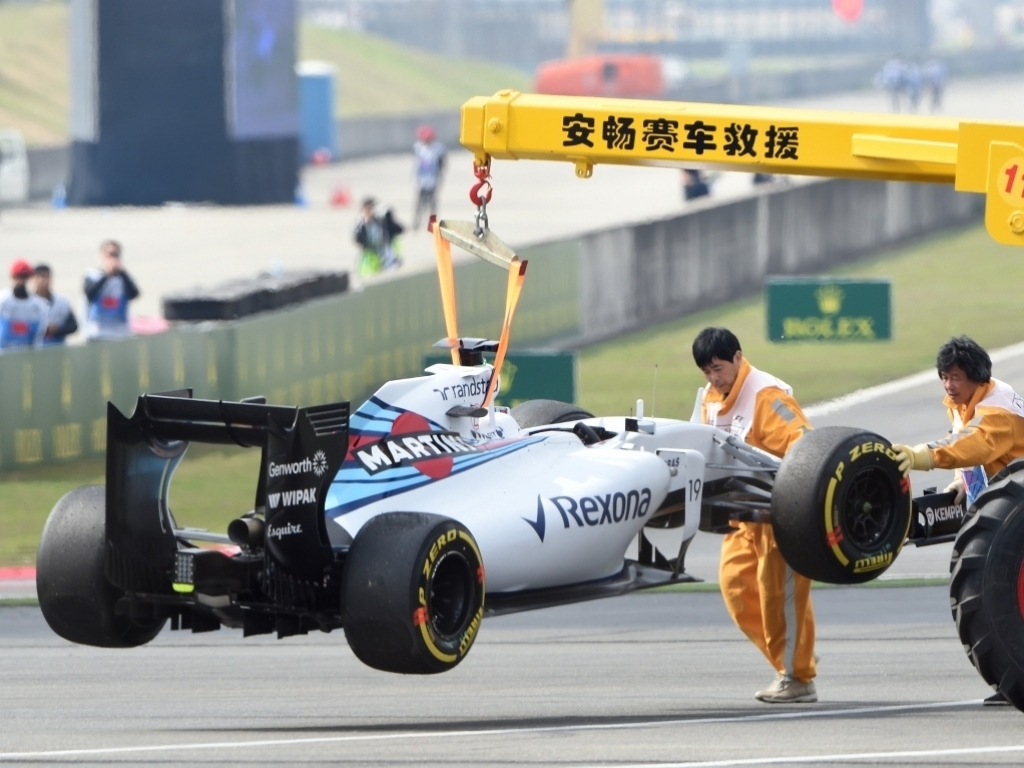 Felipe Massa has revealed that his rear wing stalled just before he crashed during FP2 at the Chinese Grand Prix on Friday.

The Brazilian managed only seven laps in the afternoon session at the Shanghai International Circuit as he lost the rear end of the car under braking and went sliding off the track. He clipped the barriers, but not too much damage was done to the car.

Although he initially held up his hand after the incident, Massa has given a bit more detail about the incident.

"I got back to the pits and they saw my rear wing stalled just under braking and I lost the downforce under braking," he said.

"Then I lost the rear completely. It was very strange.

"It was a shame because I lost the second part of the session. I couldn't do my long run.

"I hit even the front wing which was the new piece which maybe I cannot use during the weekend. It was definitely not a positive what's happened."

Rob Smedley, Williams head of performance engineering, says it was a positive day for the team despite Massa's accident.

"We completed the majority of our plan today, unfortunately we didn’t get all the data we would have liked to due to Felipe's spin in the second session," he said.

"The spin was caused by a rear wing stall which was easy to rectify so we were confident when sending Valtteri [Bottas] back out.

"The data and driver feedback from the new parts we have installed seem positive, but there is still more work to do to see where we are in comparison to our rivals ahead of qualifying and the race."