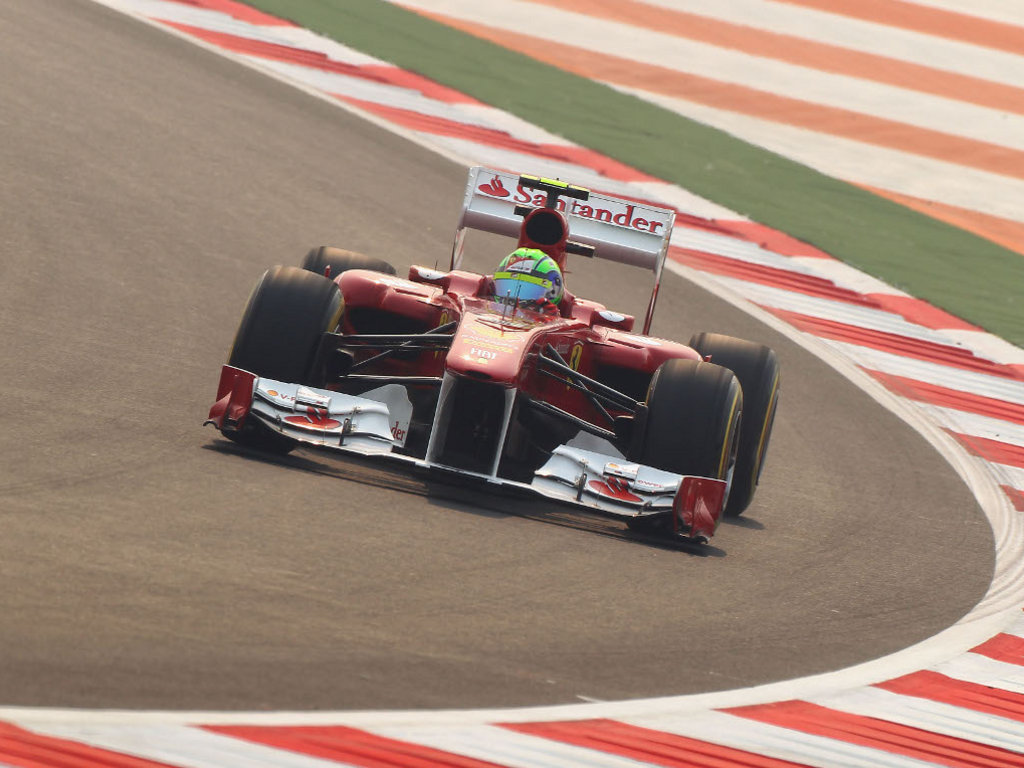 Felipe Massa reckons Ferrari could be in for a strong weekend in India after upsetting the form books by finishing quickest on Friday.

The Ferrari driver, who has yet to even finish on the podium never mind achieve a victory this season, clocked a 1:25.706 in Friday’s second practice at the new Buddh International circuit.

However, he was by no means in a league of his own as second-placed Sebastian Vettel was just 0.088s adrift while the top six were separated by a second.

“It’s always nice to be in first place at the end of a day’s work, however we know that Friday’s results are all relative,” admitted the Brazilian.

“Sure, it would be nice to move through the weekend in the same position, but that will be very difficult to achieve.

“The car seems competitive, but we must wait and see what McLaren and Red Bull can do tomorrow, as they are still very strong.

“The tyres? Probably the Hards are too hard for this track and it would have been possible to run the same compounds we had in Korea in two weeks ago, because the track surface is very smooth.”

“Today, we concentrated on finding the best set-up on the car and on tyre behaviour on this new circuit. I like the track, it is very interesting and there are corners where driving skill can make the difference.”

And Massa believes the lay-out of the track will be conducive to overtaking during Sunday’s 60-lap grand prix.

“In some places the actual track surface is very wide and so it will therefore be possible to take various different lines in the race, which could make overtaking easier.”