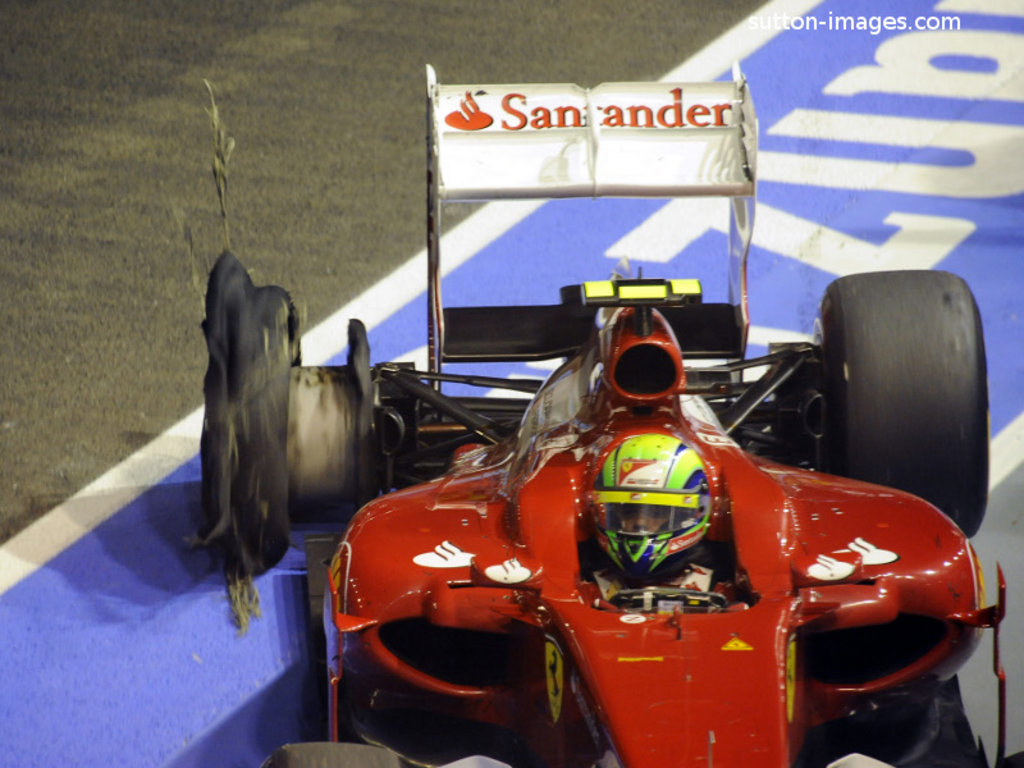 Twice in 24 hours Felipe Massa has raised questions over whether or not Lewis Hamilton uses his brain when he is driving.

There is no love lost between the two, especially after this year’s Monaco GP when Hamilton punted Massa out of the race and into retirement.

At that time Massa called on the FIA to hand down a stricter punishment for the McLaren driver, saying: “They (the FIA) need to think about something for him, or he will not learn.”

And although in Singapore the Brazilian did not retire, his Sunday was once again wrecked by the McLaren driver.

However, the story actually began on Saturday.

The duo both made it through to Q3 at the Marina Bay circuit when Hamilton attempted to overtake Massa for track position, resulting in a near collision.

Massa was not happy with Hamilton and when he was asked by Autosport what happened on Saturday, he said: “Maybe you need to ask him. To be honest I don’t understand what he wanted to do.

“Three cars were going slow to prepare the lap and he was trying to… I don’t know. Ask him. To be in a condition to touch someone on the out lap? And do another mistake? I think he didn’t use his mind again.”

Massa’s anger with the McLaren driver only escalated on Sunday when Hamilton crashed into him during the 61-lap Singapore GP.

After a bad start, the Brit was attempting to make up positions but instead clipped Massa’s Ferrari, damaging his own front wing and puncturing Massa’s right rear tyre.

Hamilton was handed a drive-through penalty, however, once again Massa called for a harsher punishment.

“My thoughts are that, again, he cannot use his mind – even in qualifying. Again, he could’ve caused a big accident,” Massa told the BBC.

“He’s paying for it. He doesn’t understand that. He has done it to me so many times this year.

“It’s important the FIA study this and penalise him every time.

“I’ve talked to him but he doesn’t listen. Maybe his father can do something about it.”

Hamilton went on to finish the race in fifth place while Massa would only manage P9.