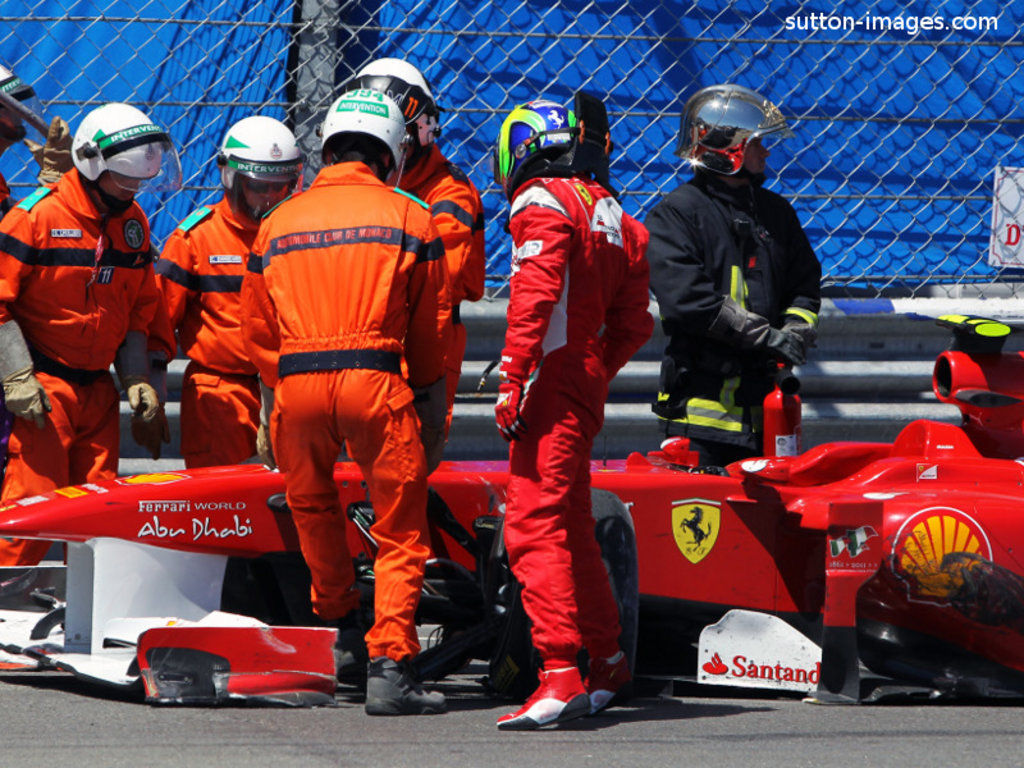 Felipe Massa has called on the FIA to teach Lewis Hamilton a lesson, otherwise he “will not learn”…

Felipe Massa has called on the FIA to teach Lewis Hamilton a lesson, otherwise he “will not learn.”

The Brazilian was furious with the McLaren driver following their collision in Monte Carlo on Sunday, which ultimately resulted in Massa retiring from the grand prix.

Trying to take a position off Massa, Hamilton hit the Ferrari driver at Loews. He was then able to overtake through the tunnel.

However, running onto the marbles in his damaged car, Massa hit the barrier in the tunnel and it was game over.

And although Hamilton was penalised for the incident as well as another post-race with Pastor Maldonado, Massa reckons more needs to be done to teach the 26-year-old a lesson.

“He tried to pass me on the kerbs when I didn’t think it was possible to overtake. He was too aggressive, I think,” said the Ferrari driver.

“Then when I got to the tunnel my car was damaged and I went on the dirty part of the track and hit the wall.

“What he did today was unbelievable. Not just with me, but with other drivers as well.

“I think he needs to be penalised again, and in a good way, otherwise he doesn’t learn.

“They (the FIA) need to think about something for him, or he will not learn.”

Massa, though, wasn’t the only driver critical of Hamilton’s moves as Williams rookie Maldonado also hit out.

“I think he tried the same manoeuvre on myself that he tried on Felipe. Exactly the same, he was too optimistic,” said the Venezuelan.

“This is a very narrow track and you must be very careful with your overtaking. I made many passes during the race and I never had problems because I was very convinced to do it.

“For sure he was maybe in some troubles because of his position – he is fighting for the Championship.”

Related Links
Hamilton jokes: Maybe it’s because I’m black
Before clearing the air with the stewards