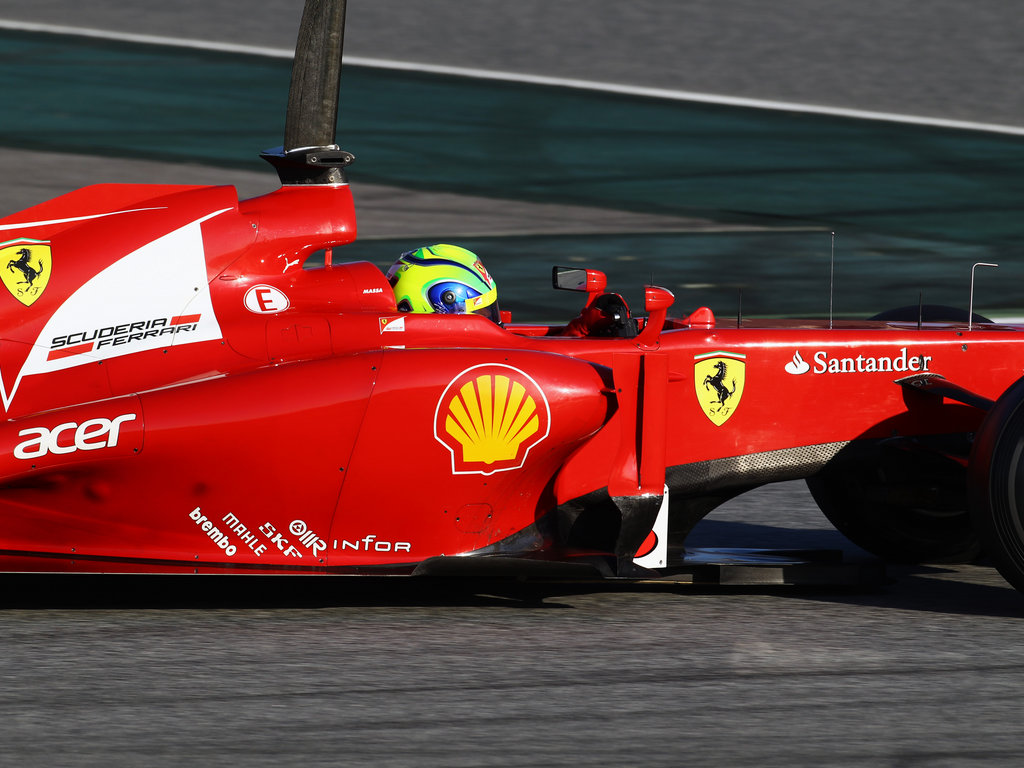 Felipe Massa is feeling a lot happier about his F2012 after revealing that Ferrari found a direction that works on the final day at Barcelona.

Behind the wheel on the last day of the second test, Massa finally broke the 100-lap barrier for the first time in pre-season testing.

It was a very positive sigh for Ferrari with the Brazilian amassing 103 laps with a best time of 1:23.563.

However, more to the point, Massa reckons the Italian stable has finally found a way to unlock their F2012’s potential.

“Yes, I am happy: not only because we finally did so much mileage without problems but above all because we managed to improve the car in a significant way,” he said.

“The situation has changed above all compared to the morning, especially from the point of view of consistency of the lap times.

“The important thing is that, after having evaluated so many solutions, both on the exhausts and at the front, we are now taking a direction in which we can work to get the best set-up.

“There’s still a lot to do, for example on the exits of corners, but I’m satisfied and from the next Barcelona test we will be able to really start true and meaningful testing.”

As for his lap time, which put him fifth on the timesheets over a second behind pace-setter Kamui Kobayashi, the Ferrari driver says times were not the objective.

“We could certainly have done a better lap time but that wasn’t our target. We had so many things to test over the course of these few days and our priority was to identify what is worth working on for the early races

” We managed that and now we can concentrate on those areas with a large margin for improvement, like set-up and how to use the tyres.

“In the afternoon we were able to do some long series of laps with pretty consistent times, which I didn’t manage in the morning.

“The warm-up, that had been a particular problem for me in recent years, is also much improved – so much that I can consistently put together a time on the first lap. The car doesn’t have anything new on it but it’s definitely improved since Jerez.”