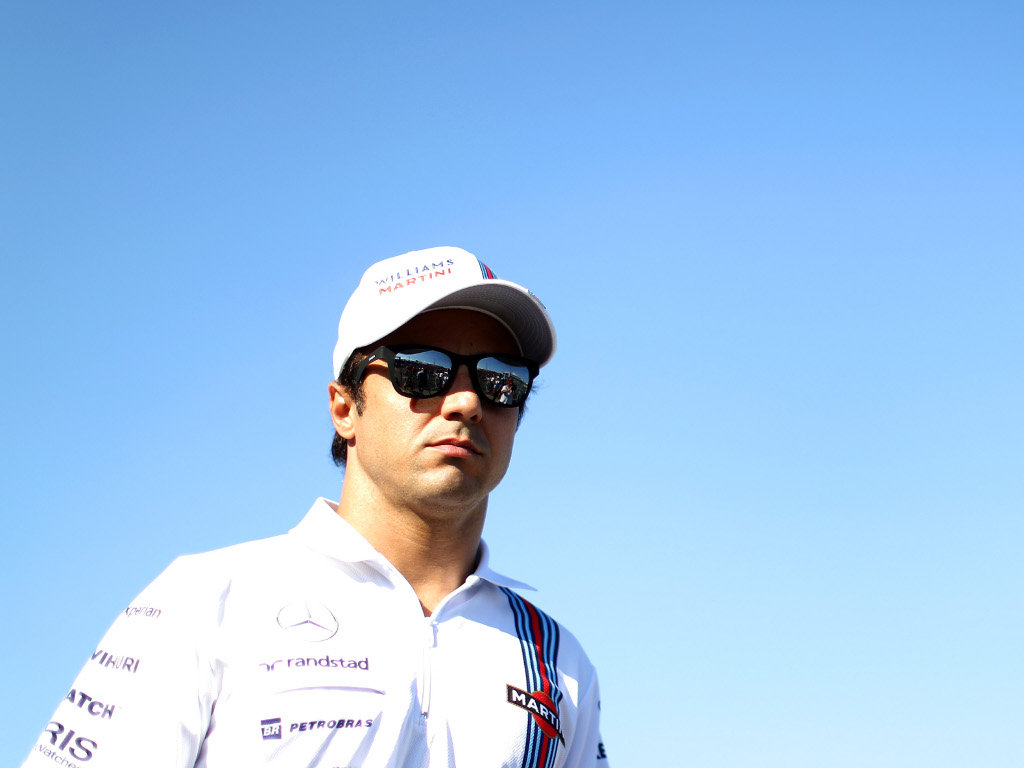 Felipe Massa thinks Williams will be the last team he races for in F1 and has not given up on the possibility of winning a Drivers’ title.

After eight years with Ferrari and one near miss in the Championship race, Massa swapped to Williams at the start of this season. And it has been a rather successful endeavour.

Williams have bounced back from their recent woes, scoring 187 points, which has put them nine ahead of Ferrari.

Added to that, the team has also bagged five podium finishes of which one, Italy, belongs to Massa.

That same weekend the 33-year-old has confirmed as a Williams driver for next season and says this is the team where he is most likely to finish his F1 career.

“I don’t know how long I will stay here, so I think maybe it can be my last team, definitely…” he said in an interview with Crash.net. “I think it will be my last team.

“I don’t know when it will happen – the time to stop – but for sure I am a happy man and I want to be racing as long as I am at the top level.

And in those two or three years, given Williams vast improvement this season, Massa says he could yet find himself fighting for the Drivers’ Championship title.

The 11-time grand prix winner missed out in 2008, when for just a few seconds he was World Champion before Lewis Hamilton snatched it from his grasp.

Massa added: “In Formula One it’s impossible to say it was my last opportunity because things change very quickly. You can see what has happened from last year to this year; I didn’t expect the team to be as competitive as we have been.

“Maybe it’s not enough to win the Championship but things change very quickly so maybe for whatever reason you are there on top for next year and maybe you have the chance to fight for the Championship.

“Until you stop it’s difficult to be sure of that, so I will hope I can have another chance.”

He does, however, admit it won’t be easy hauling in Mercedes next season but that doesn’t mean Williams cannot take on Red Bull and Ferrari.

“Mercedes won’t be easy also next year because they have an incredible car and I’m sure they will not change the car.

“They will keep the same philosophy for next year and they will just improve things, it will just be an evolution of what they have now. So I think Mercedes will have an incredible car anyway next year.

“I don’t know how incredible the job will be that we do from now until the first race [of 2015] because it will have to be a big step.

“So I have no idea if we will be able to fight with Mercedes next year for the moment, but all of the others yes, 100 percent. We need to understand what we can do to catch Mercedes because the target is always to be first, but it won’t be easy, definitely.”