Home Uncategorized Massa: I still have a few years left 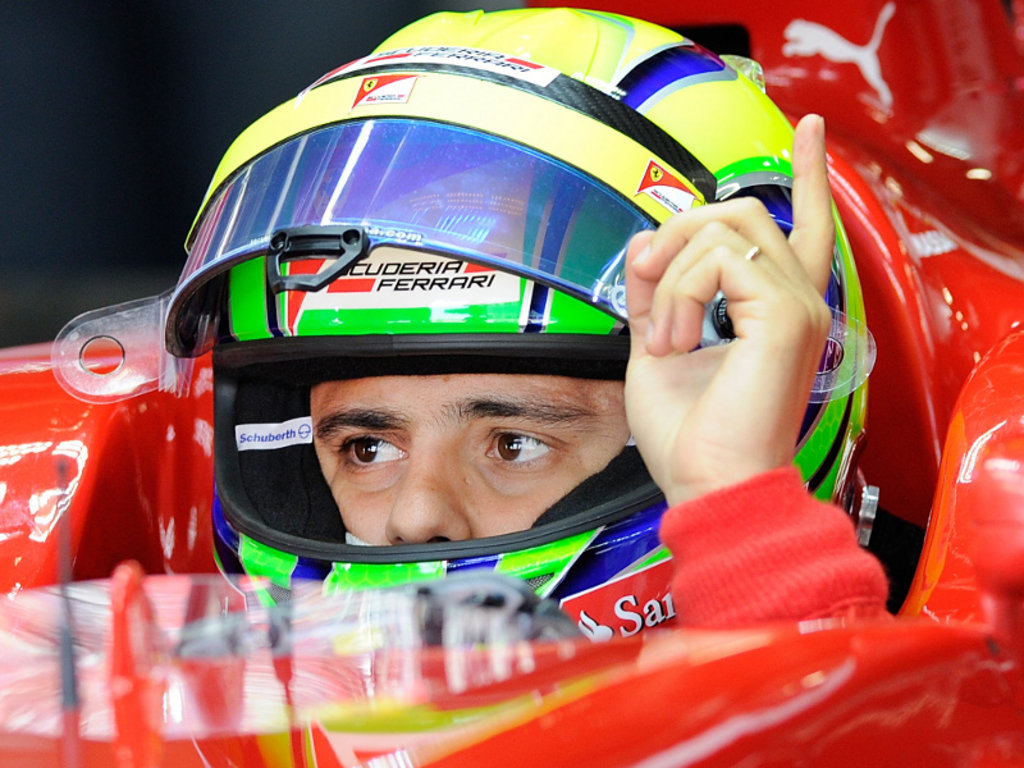 Ferrari driver Felipe Massa believes he still has a few years ahead of him in Formula One.

The Brazilian, who drove his first F1 race with Sauber in 2002, competed in his 150th grand prix in Korea a fortnight ago. Massa will get an opportunity to add to that total in the final three races of this season and next year as his Ferrari deal runs until the end of 2012.

While there is plenty of speculation that Ferrari won’t renew his contract after next season, Massa feels he still has plenty to give in F1.

“Korea was my one hundred and fiftieth grand prix and almost all of them have been at the wheel of a Ferrari, in fact my hundredth race with the Scuderia should coincide with the final round of the season at home in Interlagos,” he wrote in his blog on the official Ferrari website.

“It’s always great to achieve a nice number like 150 races. I still have some years ahead of me in this sport, as I’m not so old and so I plan to keep pushing to get better results than the one in Korea which did not turn into much of a celebration for my 150th. All the same, I enjoyed driving at Yeongam, almost discovering the track for the first time given how much rain we had there in 2010.”

Massa also expressed his shock at the death of Dan Wheldon and MotoGP star Marco Simoncelli. IndyCar race Wheldon died during a crash at the Las Vegas Motor Speedway on October 11 while Simoncelli was killed during the Malayasian GP on Sunday.

“At the moment all my thoughts are with the families and friends of Marco Simoncelli and Dan Wheldon,” he wrote. “It seems that when bad things happen, they come all at once. Because of the time difference between Malaysia and Brazil, I found out about the MotoGP accident as soon as I woke up on Sunday morning when I was at home in Sao Paulo. It is unbelievable and I was in a state of shock afterwards. Simoncelli was such a nice guy and one of the characters in the sport of motorcycle racing and a great talent.
Coming so soon after the death of Dan Wheldon, who was a friend of mine, these have been really difficult times and it is just unbelievable that these sad events happened just one week apart.”

The 30-year-old concedes that motorsport will never be risk free, but urged the authorities, especially those in IndyCar, to look at the whole safety package.

“Of course, those of us who race, we always know the risk is there, every time you go out on track,” he wrote. “When you are racing, you do not think so much about the risks and you always push hard, sometimes too hard. But all the same, it is still a terrible shock when you see something like that and it reminds you the risk is there. I am not qualified to talk about Simoncelli’s accident, because I have no experience of bike racing, but in the case of Dan’s crash, hopefully the only good thing to come out of it could be that it serves as a wake-up call for Indy cars to improve their safety levels, in the same way that what happened in Imola in ’94 led to increased safety in F1. In my opinion, Indy needs to do a lot to improve safety.

“There is no point in people complaining about it and blaming others, because what is needed now is some calm analysis and then a response from the sport’s organisation. Maybe what Indy needs to start with, given the type of circuit and the number of cars would be to try running cars with enclosed cockpits, but this is just one idea and the whole safety package needs to be looked at completely.”