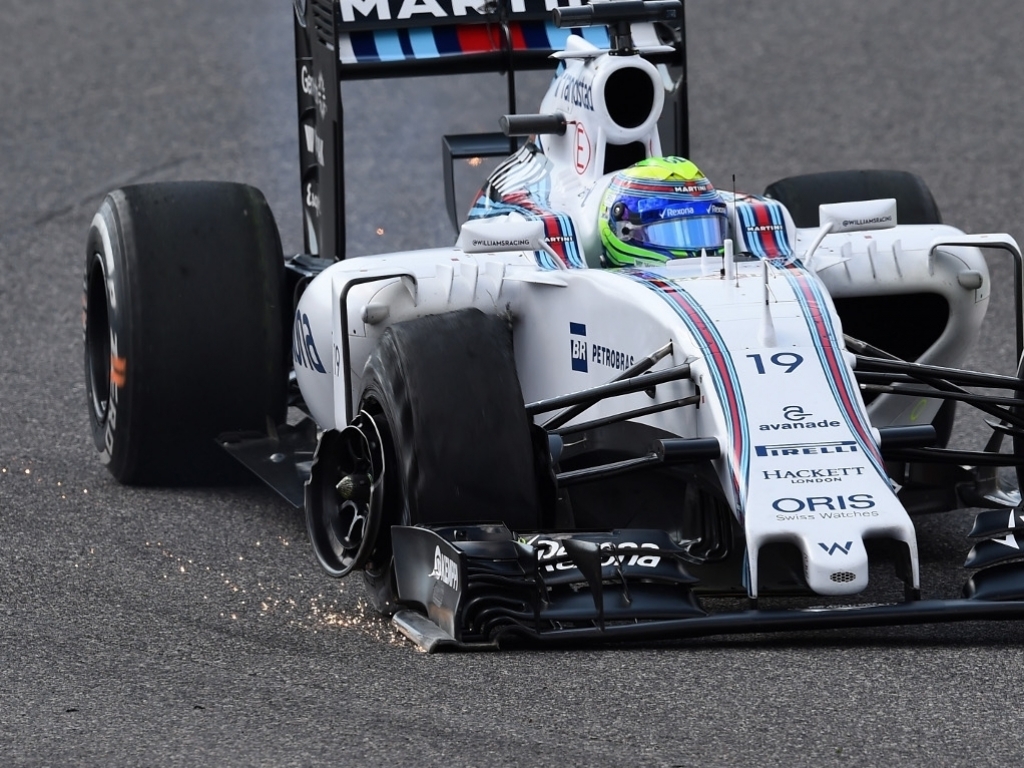 Felipe Massa's hopes for a good showing at the Japanese GP came to naught when he was caught out by first lap contact that punctured his tyre.

Fighting with Daniel Ricciardo off the line, the duo touched resulting in punctures for both drivers.

Massa's front right deflated and was shredded by the time he worked his way around the lap and into the pits.

His stop was extended for a front wing change and he dropped to the very back of the grid from where he was unable to recover.

"A very tough day for me today right from the first lap," said the Brazilian.

"I had a bad start and then had contact with Ricciardo and it took me a long time to get back to the pits.

"From there it was the end of the race barring any miracle."

There was some good news for Williams as Valtteri Bottas finished in fifth place to bring the Grove team's tally up to 208 points.

That, though, left Massa ruing what could have been.

He added: "We have scored some decent points for the Constructors' Championship with Valtteri's fifth but I had the car to contribute a good haul of points as well.

"We have to regroup and get those points back at the next race. "