Home Uncategorized Massa leads the way in pace and laps 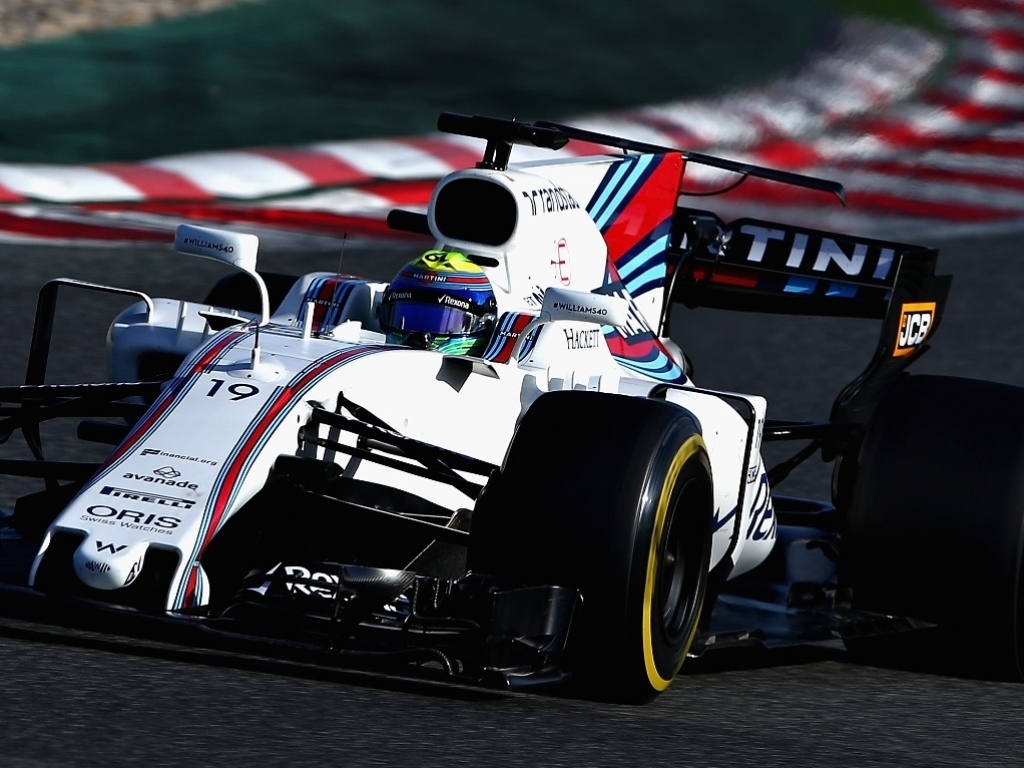 Felipe Massa dominated the timesheets on the opening day of the final pre-season test as he was not only quickest, but also the busiest driver out on track.

The second of the two pre-season tests got underway at the Circuit de Catalunya on Tuesday with a first P1 for Williams.

Massa posted a 1:19.726 to edge Red Bull’s Daniel Ricciardo by 0.174s, both drivers setting their best lap times in the hour before lunch.

Williams’ FW40 did only show pace on Tuesday but also reliability as Massa amassed 168 laps.

That number of laps was matched by Sebastian Vettel, who was third fastest for Ferrari, 0.180s off the pace.

Lewis Hamilton, who was in action during the morning’s session, was fourth quickest as he revealed his W08 was hampered by a broken floor and also tyre degradation in the heat. His best time was a 1:20.456.

Let’s smash in a few more laps, shall we! #F1 #F1Testing pic.twitter.com/wMVovngSFW

His team-mate Valtteri Bottas took over in the afternoon and added 86 laps to the 49 that Hamilton covered. He was P5, 0.468s slower than the Brit.

Esteban Ocon was next in line ahead of Nico Hulkenberg, Kevin Magnussen and Daniil Kvyat.

It was another wretched day for McLaren with Stoffel Vandoorne covering only 80 laps as his MCL32 needed a new Honda engine. The Japanese manufacturer revealed that it was an electrical problem that curtailed the Belgian racer’s running during the morning’s session.

Pascal Wehrlein, back in action after being given the go-ahead by the doctors, was ninth for Sauber ahead of Marcus Ericsson and Jolyon Palmer. Palmer completed just 15 laps as Renault ran into troubles.