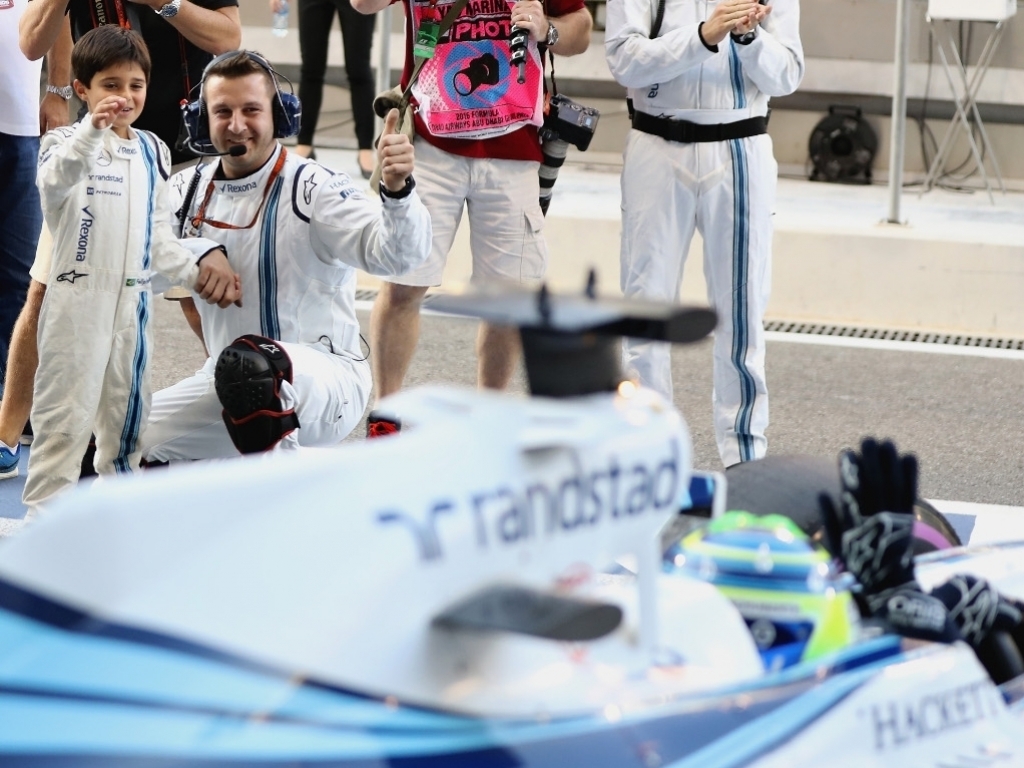 Finishing his last ever race in Formula 1 in ninth position at the Abu Dhabi Grand Prix, Williams driver Felipe Massa said he is proud of what he has achieved in the sport.

Not as emotional as his send off in Brazil, the former Ferrari ace reminisced on his 16 years in Formula 1, saying his head will be held high as he departs the Yas Marina Circuit.

“I’m so proud for the way I finished my career,” he told Sky Sports.

“I was fighting the last lap in the same way I was fighting my first lap of my Formula 1 career. I finish with my head up and with a lot of respect.

“I’m really enjoying this moment, I’m happy. It’s an amazing feeling for everything I achieved.”

The Brazilian went onto praise 2016 World Champion Nico Rosberg after he won his first ever title and also congratulated fellow driver Jenson Button, who sadly ended his last Grand Prix in Formula 1 when his McLaren-Honda retired.

“You cannot forget Nico, he drove a fantastic championship. It’s a nice story that his father is a champion and now him, it’s nice for the sport,” said the 35-year-old.

“And congratulations also to Jenson, he deserved everything he got Unfortunately he didn’t finish how he wanted today but I;m sure he got a lot of love from the people.

“I’m sure I’ll keep enjoying my career, maybe another championship.”