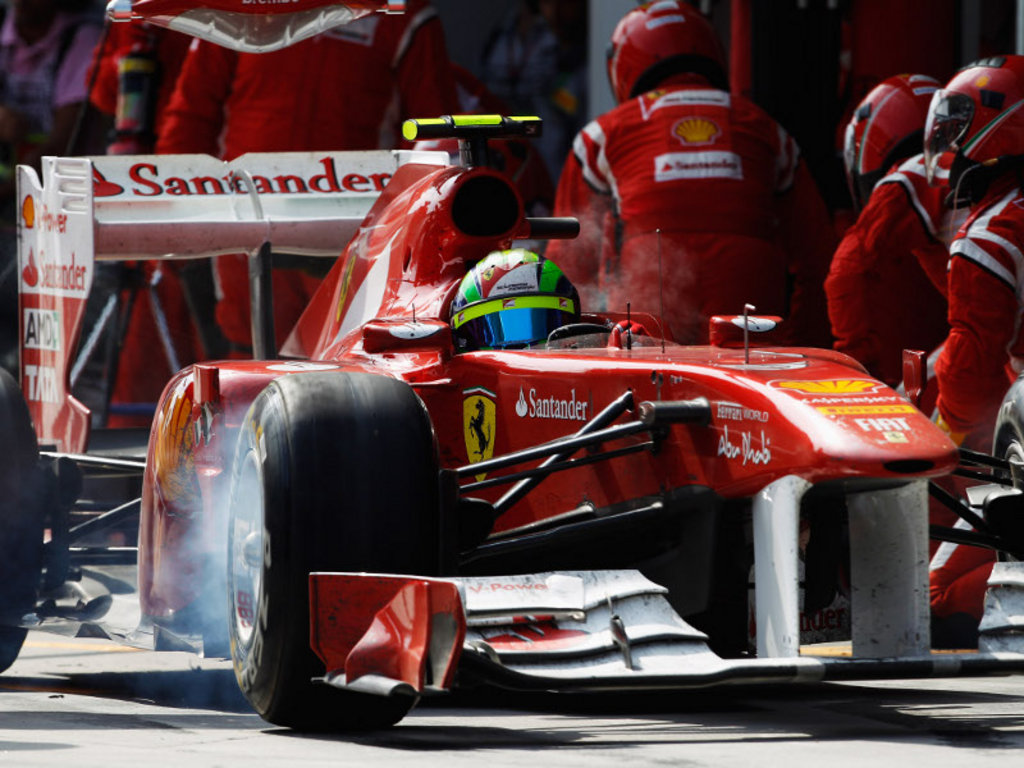 Felipe Massa is hopeful that there will be no repeat of the poor pit-stops that cost him a points-scoring opportunity in Turkey as the team heads to Spain.

The Brazilian was left fuming after he finished eleventh in Turkey, with less than ideal pit-stops not helping his cause.

During his first stop he nearly collided with Lewis Hamilton in the pitlane after they came into the pits seconds after each other and then during his final tyre change his crew had trouble fitting the rear right wheel.

“I would say I had a few too many [pit-stops], because without them I was definitely heading for a top five finish,” Massa said after the race.

“This was frustrating for me and for the team. We do a lot of pit stop practice, but that Sunday it just did not work properly.

“The pressure on the pit crew is now very great, because not only are they having to be perfect several times during a race, but also since the banning of refuelling, they no longer have that time cushion changing wheels, while waiting for all the fuel to go in. We all have to improve ourselves, drivers included, because our role in the pit-stop operations is very important as well,” he added.

With tyre manufacturer Pirelli expecting drivers to have to make three stops at this weekend’s Spanish GP, Massa knows he has to avoid making the same mistakes.

“I think you need to train as much as possible, practicing the pit stop procedure,” Massa told Ferrari’s official website.

“It is important for every member of the crew to be a bit more precise, with everyone doing a perfect job consistently, because it’s no good having one good stop followed by a bad one.”

In the past the Catalunya circuit has not lent itself to overtaking, but Massa is hopeful that the situation will be different this year.

“In the past there was never much overtaking at this circuit and yes I think the new rules mean there will be more overtaking than usual, which is good for the fans as there is plenty going on for them to watch from the start to the finish of the race,” he explained.