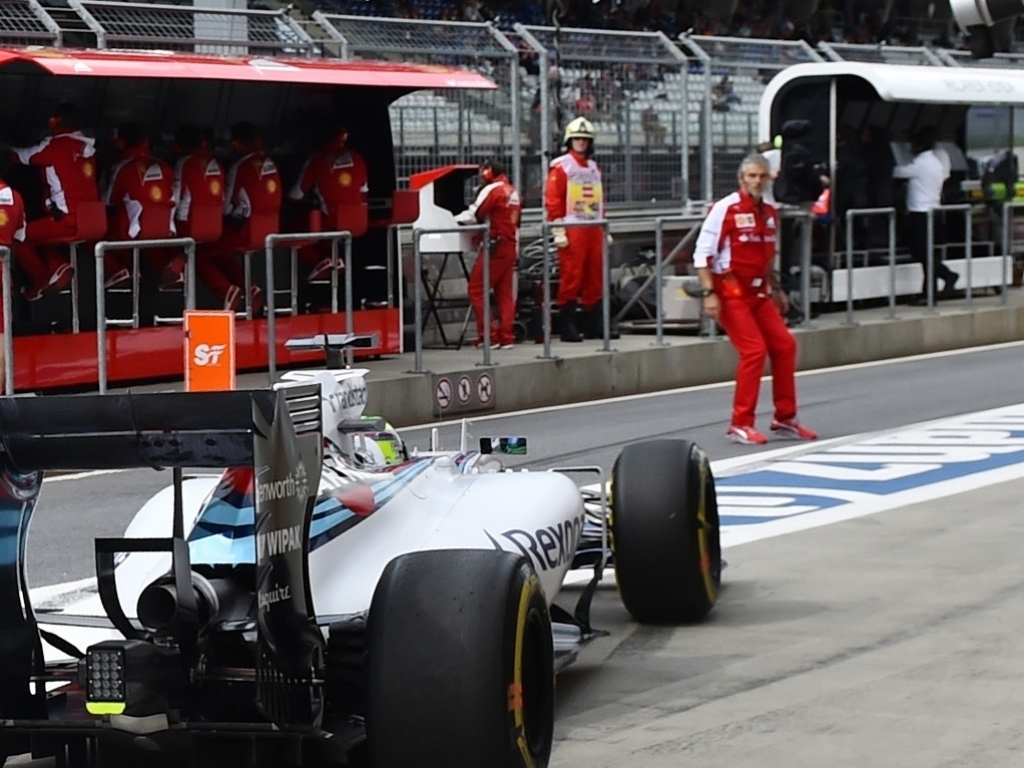 Felipe Massa admits his near-miss with Maurizio Arrivabene in the Red Bull Ring pit lane was dangerous at the time, but now it's funny.

Heading out for a run in his FW37, Massa pulled away from the Williams garage at the same time as the Ferrari team boss started to cross the pit lane.

Massa had to brake to avoid the rather surprised Arrivabene, who clearly did not see him at first.

Although dangerous at the time, Massa now sees the funny side.

"I think it was dangerous first of all for him but then I braked and afterwards it was funny," said the Brazilian.

"[Afterwards] I said it's good that it's me because maybe if it was another driver he would be hurt!"