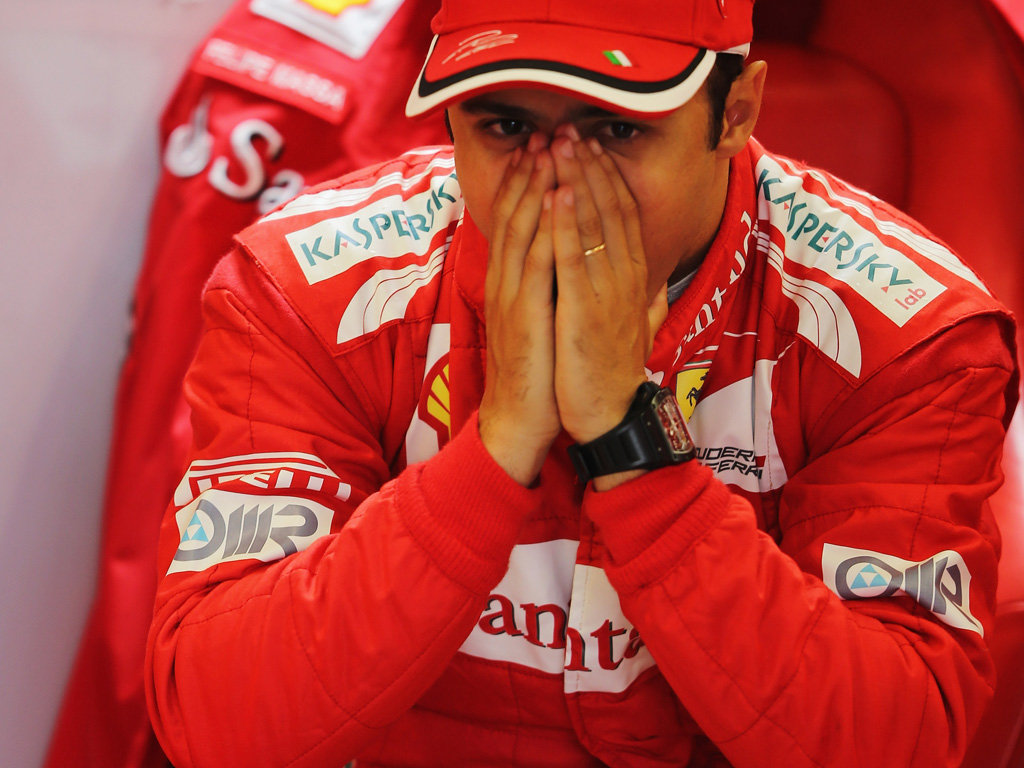 Felipe Massa has downplayed the news that Mark Webber spoke to Ferrari, saying it’s not the talks but the outcome that counts…

Felipe Massa has downplayed the news that Mark Webber spoke to Ferrari, saying it’s not talks but the outcome that counts.

Massa is well aware that his job at Ferrari is on the line after failing to recover from last year’s dismal campaign.

To date this season the Brazilian has scored just 23 points compared to the 129 that has put his team-mate Fernando Alonso at the top of the Drivers’ standings.

As such Ferrari have been looking around for a possible replacement with Webber revealing in the wake of his new Red Bull deal that he had held talks with Ferrari.

Asked whether Webber’s comments about talking to Ferrari had been unsettling, Massa told Autosport: “No, definitely not.

“I’m sure not just Mark, but many drivers talk to Ferrari.

“I’m sure more than 50 drivers call Ferrari. It is a big team, and most of the drivers would love to drive for Ferrari. So nothing is a problem for me.

“The only thing that is a problem for me is to think about my results. That is the only thing I care about, not talks.

“Talks don’t do anything for me. The result is what is really important.”

The Brazilian, though, is not giving up on his chance of remaining with Ferrari but admits he needs to improve his results.

“(Strong finishes) are the key for my future. When you have the results, you are always more important.

“It is better when you have some years on your contract so it’s something you don’t have to think about. But it is part of our job.

“The time will always arrive where it is the last year of your contract, and you have to think forward and think about next year.

“You always have pressure when you are in a big team, with or without a contract. This is part of working here, so I don’t think about it.”