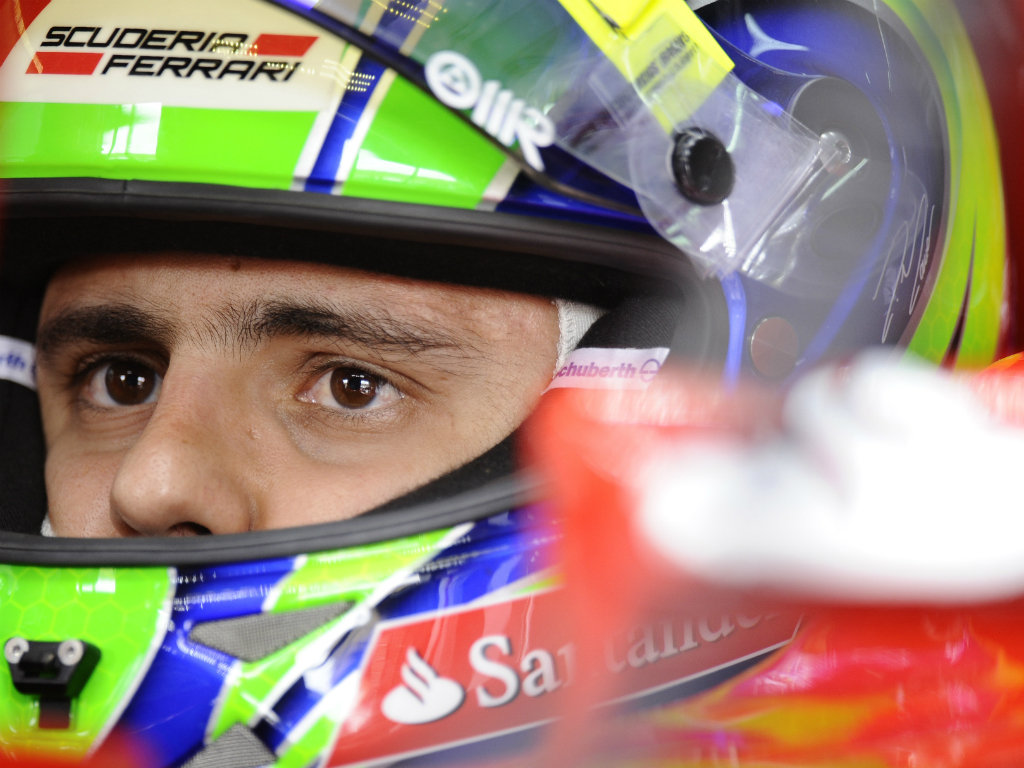 Felipe Massa has denied that the pressure on his shoulders has been upped with Sergio Perez’s Malaysian GP podium.

Massa is a driver under fire this season as the even the Brazilian acknowledges that he needs results or he risks his Ferrari race-seat.

But while the line of thought was that Massa would at least have half a season to show his worth, a disappointing start to the season has resulted in rumours that he could be replaced before the next race in China.

And that man who would replace him is Perez, who claimed a stunning second place in Sunday’s wet Malaysian GP while Massa again failed to score.

Asked by Autosport where Perez’s P2 was a concern, Massa said: “I’m happy for him and for his team, but (how) disturbing (is it for me)? Zero.

“I’m looking more for myself, my driving, my work.

“I’m never looking for the others and whether them doing well is a problem for me or the opposite. I’m not like that.

“I’m happy for him because he did a great job.”

Meanwhile, Ferrari team boss Stefano Domenicali has vowed to do all he can to help Massa through this difficult period, insisting the at least some of the blame rests with the car.

“We need to stay close to Felipe in this moment,” said the Italian. “It’s a difficult moment and we need to find a way for him to get confident in his car.

“We saw, for example, one step that was in the right direction in qualifying because we saw there was an improvement compared to last weekend. Now we need to understand what happened today in terms of his race pace and in terms of his performance.

“We showed this today that in certain conditions you have to have a certain driving style and you can be very, very good, and in other conditions you can destroy the tyres.

“The priority for me and what I need to make sure is that Felipe has around him the protection of the team that tries to work hard with him.

“And on our side we need to make sure he’s confident to drive the car on the limit, without overdriving it, where the situation could be as bad as not being able to reach the limit.”